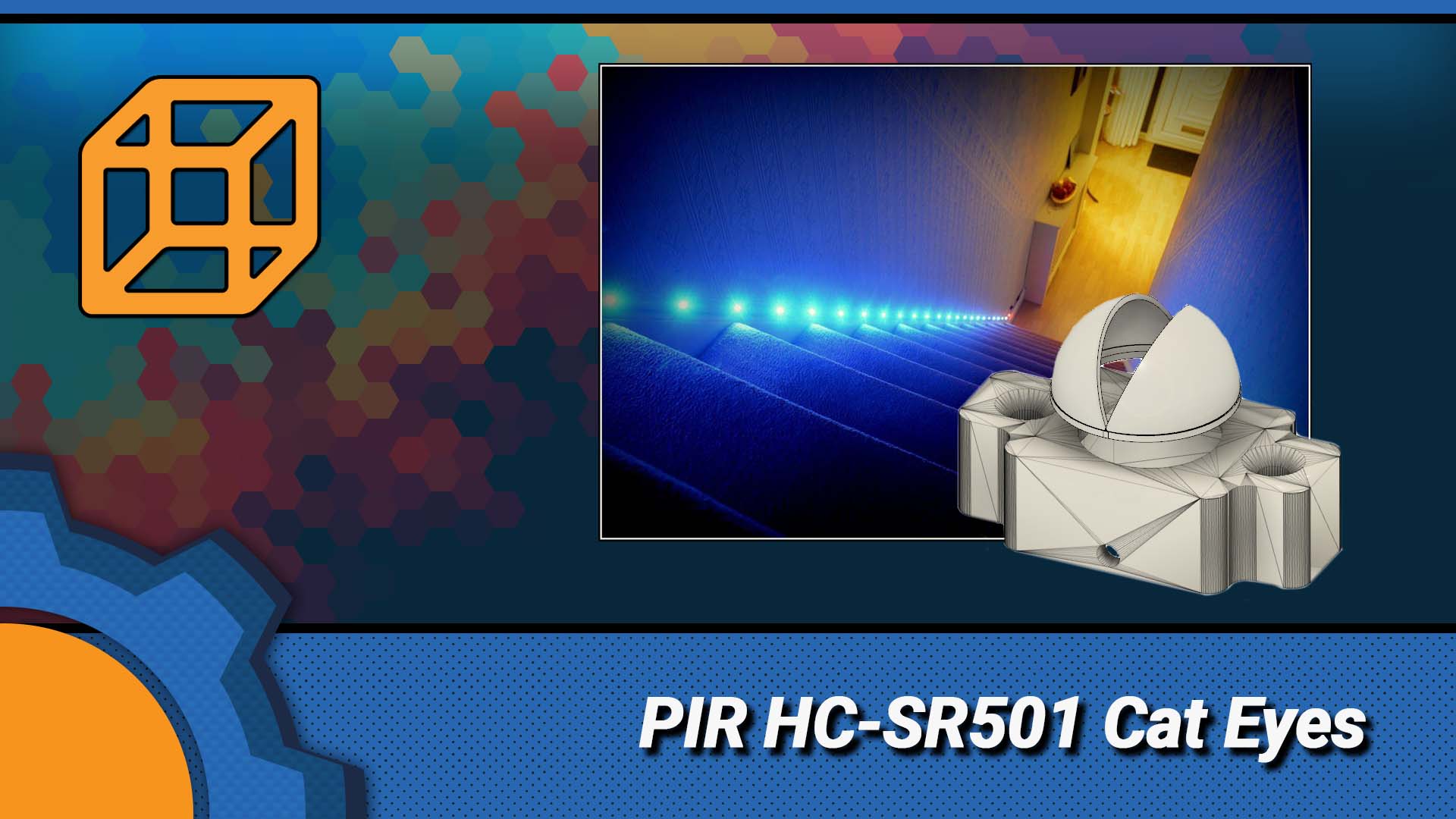 Narrow the field of view of PIR HC-SR501 sensor

I can’t believe it took me so long to do this. My $20 staircase LEDs project has been out for a long time. The lights are looking pretty and serve me well without a fail. There was one small upgrade I really wanted to do. I finally got around to do it properly and print out PIR HC-SR501 Cat Eyes.

Originally, the enclosure for PIR HC-SR501 has been printed in black. The entire LED strip has been made using white cable trunking, so black sensors at each end are the eyesore! The electric tape I used to limit the field of view wasn’t improving the look either, but the contraption worked.

I finally got my 3D printer and a white filament. It’s time to print PIR HC-SR501 Cat Eyes. I used the original PIR HC-SR501 enclosure to model small spheres with slits that would limit the motion angles of the PIR sensor. You can download both designs from the link at the bottom of the article.

The PIR HC-SR501 Cat Eyes are printed separate so you could decide about what axis you are going to limit the PIR HC-SR501’s vision. If you are interested in the project – you can build your own staircase LED lights for less than $20:

It looks nicer, it sticks out less and I can finally put the entire project to rest (unless I decide to drive it all with ESP8366 and connect it to NodeRED – any takers?) I thought I would share the print in case your 3D design game isn’t strong. Let me know what other features would you like to see added to this project. Use this Reddit thread to let me know.