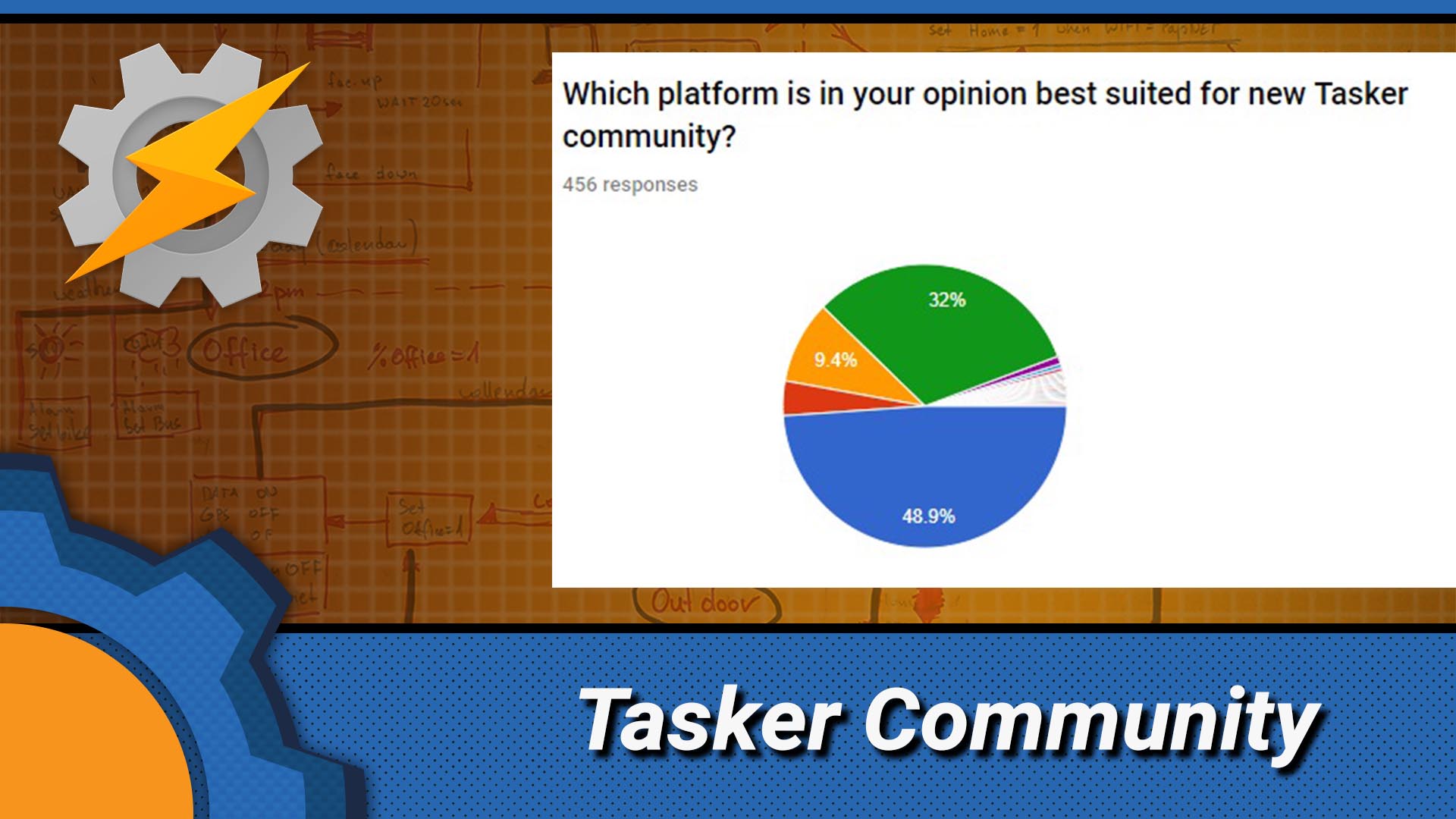 Tasker community, Google+ and other updates

Moving Tasker community away from Google Plus

First of all, thank you for taking the time to complete the poll. Almost 500 votes have been cast across all platforms. While the final result does not reflect the opinion of every single member of the community, it indicates the preferable trend. After all, the community is going to thrive where most members go, and in the self-fuelling loop, your best chances of getting help are where the most members are.

First of all, I’d like to point out that all the entries that were not indexed by the search engine (Telegram, Discord etc) are not best suited for that purpose. You will also notice that despite xda-developers being the 2nd biggest option, I listed the AutoApps forum instead, due to exising community, control and direct responses from the developer of Tasker.

Perhaps we all seen it coming, Reddit with nearly 40k members already, was the most voted for, option. It makes sense that all existing members will join the Reddit’s r/Tasker subreddit and continue almost instant feedback to their questions. With that said, this is not going to be the only option.

With all the shortcomings of Reddit, we know one thing for sure, Reddit is not going away. The additional advantage of Reddit is that is not blocked in certain countries like Google services are, so people from ie China can still access Tasker related searches (although through Yahoo or Bing 🙂

The João’s baby! With 20+ apps, the AutoApps forum makes sense that there is a very focused designated forum covering every single one. There is no better way of keeping the discussion topical on Google Groups or Reddit, so the forum will always be your go-to place for that.

Make sure to become a member if you have questions about Tasker’s plugins made by João. It’s worth noting that João himself will be most aware of the AutoApps forum posts.

Let’s not forget about the Google Groups. The biggest concern is that the groups will follow the Google+ footsteps and get shut at some point as well. Until then, Tasker Google Group is a great place to simply receive updates via email. I would also suggest to sign up there.

The biggest advantage of the group has always been the email interaction. If you want to be always on top of what’s happening in the Tasker community, sign up for the daily digests!

A couple of hours ago, a new Tasker update has dropped and apart from bug fixes, it comes with Reddit formatting. You can export descriptions of tasks and profiles so it would be compatible with Reddit formatting requirements. That’s a great move, as with Google+ becoming irrelevant, Reddit and TaskerNet (read more about it) make it so much easier to share the content you all like and love.