I don’t think anyone of us likes to share our phones with others. Your unlocked mobile in someone else’s hands leaves you terrified and vulnerable. What if I told you, you could lend the phone to others knowing that your secret pictures of elbows and long rants about your boss are totally safe from even the most curious eyes? All that with a single tap of the finger. I’m going to tell you how to protect your secrets with Tasker and AutoTools with a single tap.

This profile has been inspired by my older creation – App Lock which sadly is no longer a working solution for Android 7 & 8 due to app folder encryption changes. Fortunately, AutoTools comes with an option to disable apps (including system apps) if you have access to a rooted device.

Bear in mind, doing so will remove the apps from the Home screen or folders. Your files will be also accessible through other apps: if you disable Photos apps, you can still see the pictures using Camera’s picture preview. 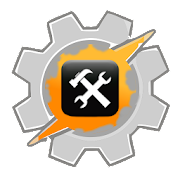 I’m writing this while scratching my head, as I accidentally figured out that this profile has a very sinister use as well. Tasker gives you an ability to “remove” the apps from your phone without any notification at all. You could remove unwanted evidence from your phone with a fingertip while handing over your phone to your partner, without them noticing you have done so. While all apps are frozen, there is no risk of notifications (SMS are excluded from this). I do not endorse this use, it’s your life I’m not going to tell you how to live it.

For the virality sake, I will cover both ways of setting this up. Just don’t blame me, I’m here for the clicks and ad revenue 🙂

The legit way assumes you want to have a little bit of security and some user interface letting you to know that some apps are not enabled. If you are looking for a very discrete way of locking apps out, check the other approach. I promise I won’t judge!

In both cases, the main action is the same – AutoTools Root: Settings – Enable/Disable Apps. In this instance, I’m using a shortcut to the task (add icon to the task to use it), which is placed on the Home screen. The task itself will toggle the apps, and display a relevant notification as well. After some testing, I discover that combination of haptic feedback, a toast and not prioritised notification works best. In my example, I’m disabling the WhatsApp and Photos App (one Store app and one system app).

Obviously, feel free to adjust the haptic feedback, sounds and other notifications settings to your liking. This is a toggle behaviour so when the shortcut is pressed, it will set the profile to the opposite state.

The Affair Mate assumes that you got caught in the act, and you want to quickly remove uncomfortable apps from the list of the apps. You won’t get any notification and you will be able to do this without raising suspicion. 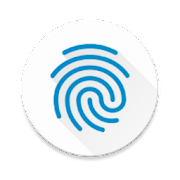 I’m using a fingerprint reader to activate the profile when the Pixel Launcher (my default launcher) is open. If you are not able to select the launcher app as one of the applications, you can invert selection and select all installed apps instead. This will replicate the behaviour too.

I’m using a Fingerprint app setup from my Context Aware Fingerprint Profile – so I could assign a custom action based on a variable %FingerScanned.

I removed all actions from the Affair Mate task. We don’t want any notifications. You will probably need the root access toast removed as well from Magisk app or whatever you use to grant the root access. For your own safety, add a Vibrate Pattern so you would know that the task has been executed and it’s safe to hand the phone over. If you get caught, don’t blame me. Blame your life choices.

I really hope that you all came here for the legit cases use. If your main purpose is to cover up your affair, you can redeem your sins by pressing the donation button below. It worked in the middle ages (buying absolution with money) I can’t think of any reason why it wouldn’t work now! I’m kidding, the donations and Patreon support is welcome regardless 🙂

Make use of Join custom commands

March 13, 2018
Join App by Joao Dias adds new features each week, it's hard to catch up sometimes. While the big deal for me was the...

February 27, 2017
Having your PC wired comes with many benefits, one of which is having the WOL functionality. Waking your computer remotely can be a great...

June 3, 2019
Update the global variable each time your server variable will change so you could always send and receive the data from the correct IP

March 9, 2018
Chrome is going to get the ability to display its notifications using Windows 10 Action Center. That's Ok I guess, but what floats my...

June 6, 2017
Are you lucky enough to have more than one computer? I have a desktop workstation and a laptop. Recently, I came up with a...
Load more
Facebook Instagram Mail Paypal Twitter Youtube
© 2018 NotEnoughTech. All rights reserved