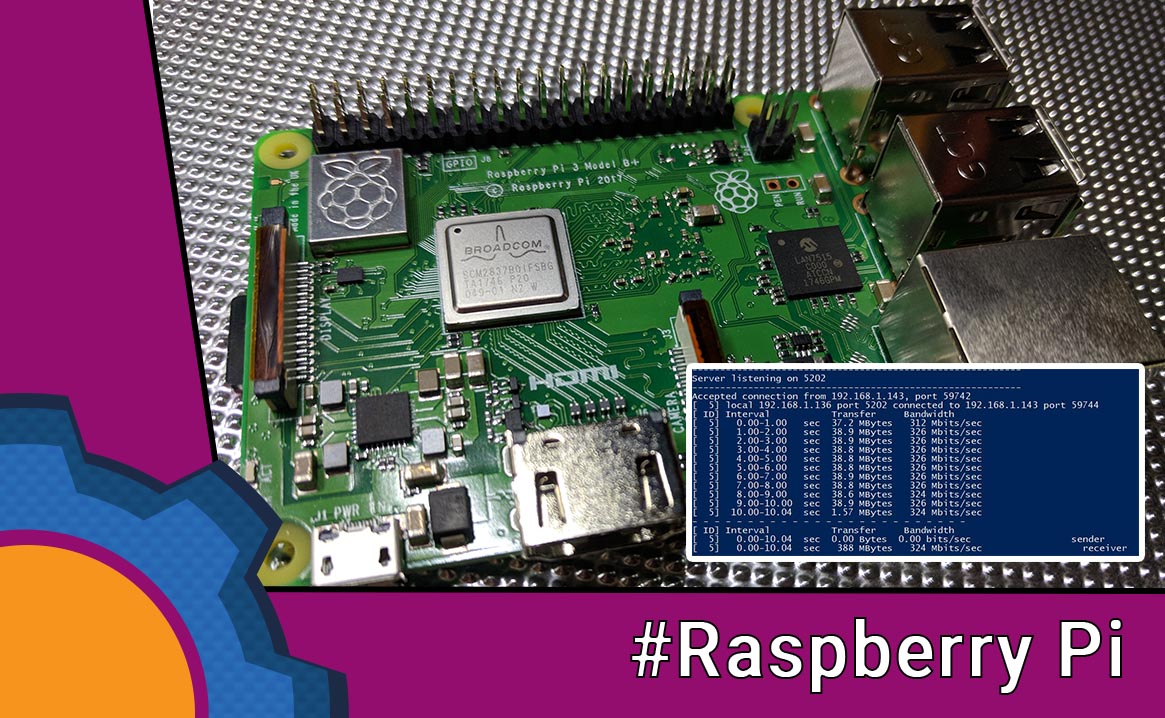 Time to see how fast Raspberry Pi 3B+ gets

The new board has been announced yesterday, and the courier dropped the new Raspberry Pi 3B+ about two hours ago. If you missed the livestream, I run some basic iperf3 tests to see how the new board stacks against the older model. I thought it would be a good idea to summarise the stream with some data. This is what you should expect from Raspberry Pi 3B+ Network Speed this time. If you want to read more about the other boards until the new test is ready – check this page.

After initial troubleshooting (don’t use SD-cards from RPI3B as they won’t work) I managed to get the new board online (headless).  Remember to run:

and set the WiFi locale, otherwise, you won’t be able to connect via 2.4GHz or 5GHz network.

I run two Raspberry Pi 3B+ Network Speed scenarios, making sure that both boards are subject to the same conditions.

Both boards are connected to the switch, and then to Linksys WRT1900ACS router, the iperf3 server is running on my Windows 10 machine. The entire network is wired to a 1Gbit standard. Only Raspberries could be the bottlenecks here.

As you can see The new Raspberry Pi 3B+ is 3 times more potent than its predecessor averaging 324Mbits/sec versus 94.5Mbits/s. I’m not very surprised as this is what we should expect from the announcement. I’m happy that this is the case.

Since both boards are equipped with 2.4GHz networks, it was only logical to run the same test using WiFi. The boards are about 2m from the router, oriented in the same way. Here are the results:

I’m surprised to see such a big difference in the performance! Both boards are running the same 2.4GHz WiFi and the Raspberry Pi 3B+  averages 81.9Mbits/sec while the older sibling struggle to keep up at 34.6Mbits/sec.

Since the Raspberry Pi 3B comes with 5G WiFi support – I wanted to see how much faster it could get. The results are little surprising:

Turns out the speeds are not improving anymore. Is this something that is going to be addressed via patch? Time will tell. I will test the latest Raspbian across all my boards and write a proper Raspberry Pi 3B+ Network Speed Test.

I was about to buy a Gigabit compatible board to run a VPN server, but it looks like don’t have to. The Raspberry Pi 3B+ is still in stock at the time of the writing so if you are in the UK, you might be able to grab yours! Follow me if you are interested in how the new board performs as a VPN server or a NAS drive!