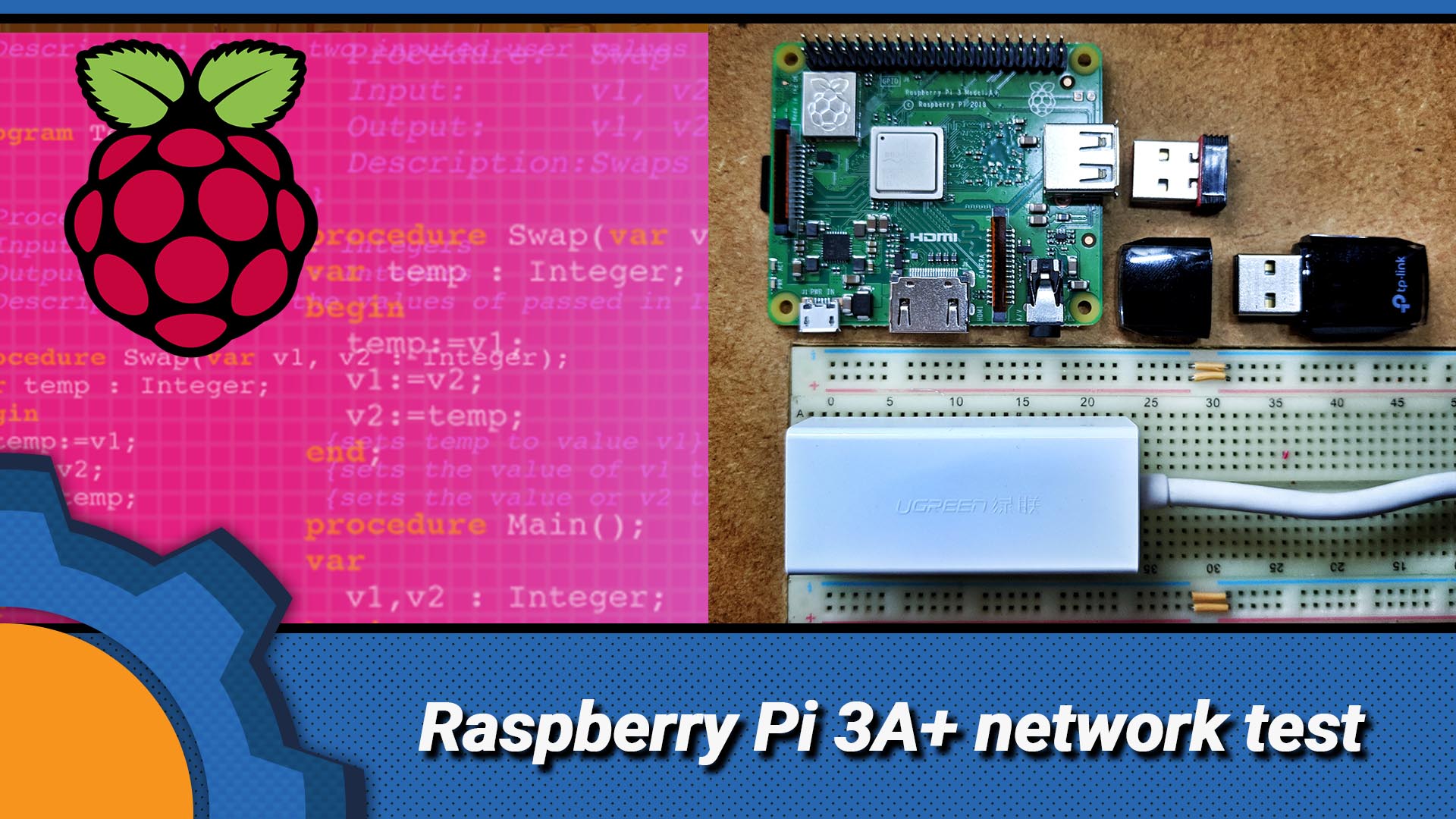 Let's test the network interfaces of Raspberry Pi 3A+

The board arrived a couple of hours ago, and the first thing I always do is to see what is the board capable of when it comes to the network speed. I already have the Raspberry Pi 3B+ covered and a comprehensive guide to other Raspberry Pi boards network interfaces. It’s time to see how fast is the latest addition – Raspberry Pi 3A+ network test below.

The testing environment is kept in line with my previous write-ups. An iperf3 server is running on my Windows10 machine. The LAN is wired to the 1Gbps standard, and the dual channel WiFi is served thanks to Linksys WRT1900AC.

The Raspberry Pi 3A+ comes with WiFi interfaces only. Here is the full specification of the board. In this test, I’m going to take a look at:

This should be comparable with my other tests and should let you know what is the board capable of. The system is running an updated Raspbian version (13 Nov 2018). I will keep the network traffic free as much as I can, however, I know in advance the Raspberry Pi 3A+ network speeds are not going to exceed my 1Gbit setup.

I will start with the Ethernet adapter, as the WiFi test will be done in a couple of scenarios. The Raspberry Pi 3A+ is linked via USB 3.0 adapter (this will remove any possible limitations of the adapter) and the only limiting factor here is the USB bus.

Looks like the adapter maxed out at 248Mbit/ sec with the average between 229-241Mbits/sec. These speeds almost double the original Raspberry Pi 3, however, can’t be matched with the speed of the Raspberry Pi 3B+. Since the network exceeds the limitations of the first generation Raspberry Pi 3, I can confirm the new board shares the same improved USB bus as Raspberry Pi 3B+

For this scenario, the Raspberry Pi 3A+ has been placed about 1m from the router in the direct sight. This is the best, albeit probably unrealistic scenario.

For whatever reasons the 2.4GHz network did not perform as good as at the distance. I run the tests several times with different power supplies to see if I can find the reason for it. The speed maxed out at 47Mbit/sec and the average 33-46 Mbit/sec. That’s surprising. I think this could be addressed by the drivers later on.

The 5GHz network performed well topping the chart at 94Mbit/sec and the average speeds from 47-95Mbits/sec when the server was not running on the board itself.

For this scenario, the Raspberry Pi 3A+ has been placed on the 1st floor about 10m from the router. There are walls and floor which signal has to travel through. It’s the most typical use case, as we often don’t have control over how the network is distributed in our houses.

The 2.4GHz band performs well. The signal despite being much weaker is stable. Transfer topped at 82Mbits/sec with average 58-61Mbits/sec. This would be the ideal network interface to use if obstacles are in the way.

The 5GHz signal while is faster, it is also prone to the interference and you can see this in the subsequent network speeds. While the top speed 86Mbits/sec with the average 70-76 Mbit/sec. The networks speed show drops as low as 9Mbits/sec.

The Raspberry Pi 3A+ network test shows us the strength of the board is still with the wired interface, however it is nice to see a smaller form factor device which has the support for the 5GHz networks. Once I have a little more time, I will test additional adapters and combine the results with my ultimate network test write up. Stay connected for updates. I’d like to tank to my Patreon supporters as this board has been funded by them!