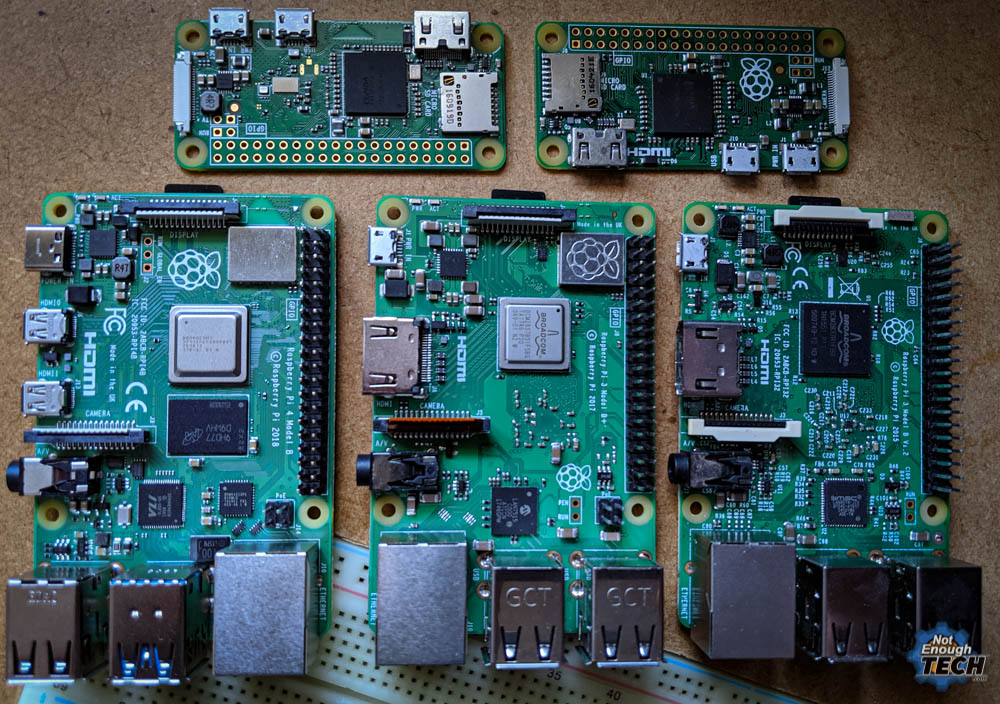 Eben Upton the man behind the Raspberry Pi Foundation & Raspberry Pi agreed to answer a couple of questions about the latest and greatest Raspberry Pi 4. The board had been released only a couple of days ago, and already made its way to my desk. The board has been a great success and it’s hard to find a shop that still has the stock especially for the 4GB RAM model.

Raspberry Pi 4 (the 4GB model) went out of stock pretty quickly. I consider this a metric of a successful launch, would you mind sharing the numbers of boards sold on launch vs the launch of Raspberry Pi 3?

We don’t actually have those figure yet (…) We won’t see data from them until mid-July. The fact that it’s sold out almost everywhere.

The 4GB model was the first to sell out, it indicates the strong need for a “performance” boards in the community. Will we see more focus on high spec variants in the future?

We’ll certainly be adjusting the manufacturing split to emphasise the 4GB variant (previously we were building more of the 2GB variant than anything else).

RPI4 comes with most asked upgrades like USB3.0, 1Gbit Ethernet and improved CPU among the others – is this a step towards AI, Machine Learning and competing with boards like nVidia Jetson Nano?

The upgrades are helpful for machine learning in a couple of ways: extra CPU power (and particularly NEON execution width) helps run inference in software, and USB 3.0 gives us more bandwidth to external accelerators like Coral and Movidius/Intel NCS.

Dual HMDI came as a total surprise to me, was this a community request (that I somehow missed) or there is a more interesting story behind it?

This was originally driven by our work with Citrix producing thin clients. Something like 80% of thin client installations require dual-display support, and while Raspberry Pi 3 is a great fit for this market, only supporting a single display is a handicap. In practice, it’s going to be useful for everyone who wants to use their Pi as a general-purpose computer: when I look around our office, almost all users have a pair of monitors on their PCs, so it would be hard for us to claim to be a PC without this feature.

Raspberry Pi boards are at the hearts of many home automation setups. Projects like DIY Google Home speaker made users hungry for more projects like these. Is it something we could look forward to in the future?

Of course there’s the AIY Vision Kit, which incorporates a Raspberry Pi Zero. While this isn’t something we’re likely to create products for ourselves, I’m excited by the third-party products that address the home automation and control market: CRICKIT HAT for Raspberry Pi

I’m yet to visit the Cambridge shop, it’s nice to see boards like Raspberry PI in direct retail. Who visits the shop most often?

It’s a mix. We see a lot of our core customer base there: when it opened, we had people travelling from all over the country to check it out. We also see people who had heard of Raspberry Pi but don’t know exactly what it is, or aren’t confident to buy one without a bit of help. And even a few people who have no idea what it is and were just walking past. While the first group provides the bulk of the revenue, the latter two groups are the most interesting from the point of view of delivering our mission to put computing in the hands of more people.

Any plans to open up more shops?

Possibly. We need to be certain that the Cambridge store is operating profitably over the medium to long term, and to think about exactly what sort of location would make most sense for a second (or third etc) store.

Raspberry Pi 3 presence on the ISS definitely raised the profile of Raspberry Pi Foundation. Any space plans for the latest board? Moon? Mars? To the infinity and beyond?

We’d love to get a Raspberry Pi out of low earth orbit, whether that’s the Moon, Mars or deep space. I think it’s really just a matter of time: we’ve tried to get SpaceX’s attention once or twice, but no dice.

Nothing planned at present. It’s hard to fit the later chipsets (BCM2836, 2837) into the Zero form factor as they have external RAM. It would be great to find a way to offer an ARMv7 (or even ARMv8) device in that form factor and price though.

Plans for new HATs? Or revisions? Members of the local Hackspace mentioned PoE HAT could use a proper GPIO header.

There may be an upgraded PoE HAT, supporting 802.3at. That’s probably next year at the earliest now. We’re also looking at the Sense HAT to see if there are options to provide upgraded sensors, but tbh things don’t seem to have moved forward very far since we launched the original board.
Interested in the GPIO header comment. The intention is that people use an extender with long pins (a fairly standard part) if they want to put another HAT on top of the PoE HAT.

How many Raspberry Pi boards do you have at home? What do you use it for (other than work related things)?

I have (I think) four. One running Kodi, a Raspberry Pi 4 desktop, and a couple of older devices hanging off a switch: generally when I want a Linux environment to do some work it’s easier to unbox another Pi than to run up a VM on my x86 box.

What are your favourite community RPI projects, that you came across so far?

I’m rather fond of the cucumber sorter: link.
Beetbox is a perennial favourite, if only for the silly name: link.
And from recent projects, the Historic Voicebot is fun: link.

It’s too early to ask about Raspberry Pi 5, but is it safe to assume we’ll see the Raspberry Pi Foundation delivering on the promise of affordable and accessible computing?

I think that’s a safe assumption. There’s a lot going on on the Foundation side to make sure that people have the project material, courses, clubs and (most importantly for children) trained teachers to support them as they learn about computing.

Raspberry PI 4 and other boards and accessories can be purchased now through the official ThePiHut, Piromoni, OKDO & CPC Farnell stores. The board comes in 3 variants: