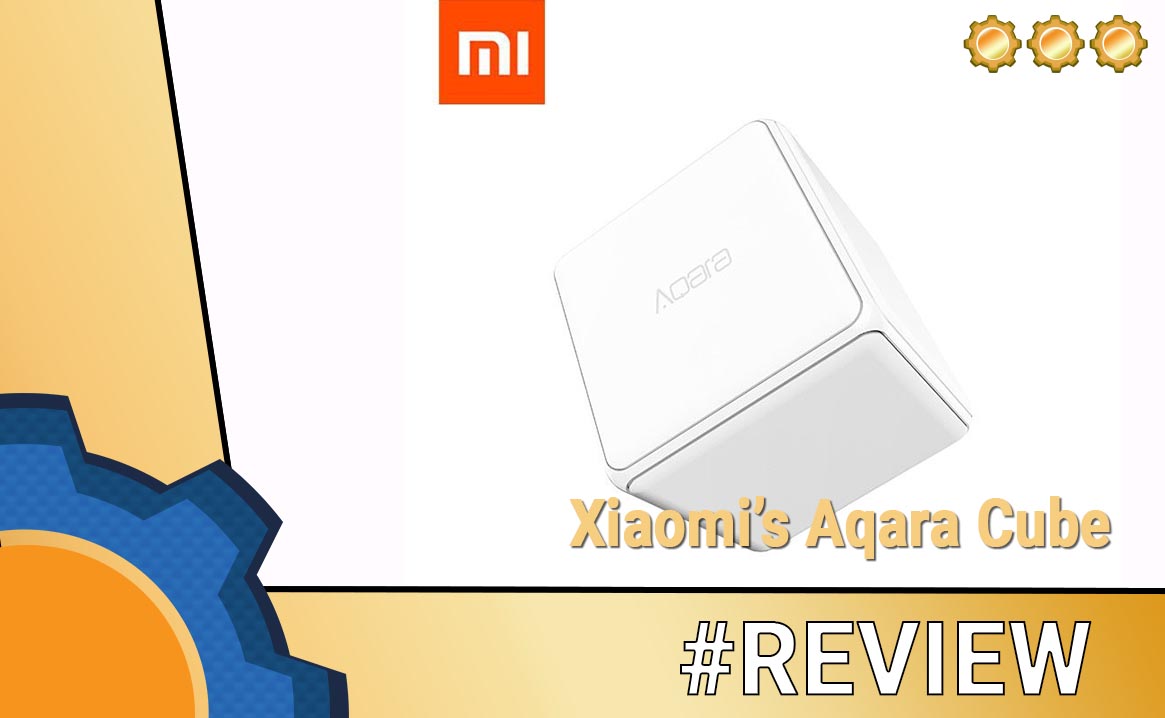 A cube. It's doing things when you touch it.

When you think about the word “controller” or “remote” there would be a number of things that could come to mind: Playstation or Xbox pads, the classic TV remote or this Amazon Dash button controlling my lights. You get the picture. This white, buttonless cube looks like a prop from a sci-fi movie rather than a device to turn your lights on, and yet Xiaomi Aqara Cube controller is capable of that and a couple of more tricks!

I can describe the physical interface with two words: white & cube. It would make the most accurate depiction of the Xiaomi Aqara Cube controller. Inside you will find a Zigbee compatible interface and six-axis motion sensor which is used to produce several commands:

As you can see, this buttonless block is fairly potent when it comes to commands. It’s a big shame that some of the commands are not directional. While the raw data for rotation shows the direction of the rotation and the angle, this not implemented as one of the inputs.

The same goes for push actions. The Xiaomi Aqara Cube controller has no sense of direction, so pushing it left or right will produce only one input. It would be nice to see the directional pushes at the cost of the cube facing the correct way.

The Xiaomi Aqara Cube controller is capable of controlling the smart devices linked to the Xiaomi’s Mijia Hub. After a successful pairing with the hub via Mi Home app, I could create a number of actions to send the controls to other devices.

What’s interesting about the action is that you can have actions disabling other actions or time-dependent contexts. If you want a morning shake of the cube to turn off the alarm and the afternoon shake of the Xiaomi Aqara Cube controller to toggle the lights – you can totally do so!

Testing the Xiaomi Aqara Cube controller with Yeelight Smart RGB smart bulb I was able to toggle the lights and change the colours randomly with about 1-sec delay per motion action. That’s impressive! There is something fun about using the gesture controls, the simplicity of the motion and the fact that it’s easier to remember the gesture than the voice commands makes it more fun and more accessible to everyone.

The Xiaomi Aqara Cube controller can be linked with virtually any controllable device. You could even use it to set off the Mijia Hub alarm. Anyone touching the cube would raise the alarm as the cube issues an alert message each time it is woken up by motion. If you want to prevent someone from opening a book or opening a case containing a game just put the cube on top of it and the alarm will activate within 1 minute!

The cube can also issue notifications to the mobile device, so you will have a handy message noting the time and the action assigned to that notification.

The Xiaomi Aqara Cube controller is seriously fun to use. With NodeRED I will be able to assign even more contexts to increase the number of available inputs. The cube looks sturdy, it’s too big for any kids to swallow it, so it’s a safe smart device that could be left in the kid’s room. As long as you don’t mind it being featured as a part of lego castle.