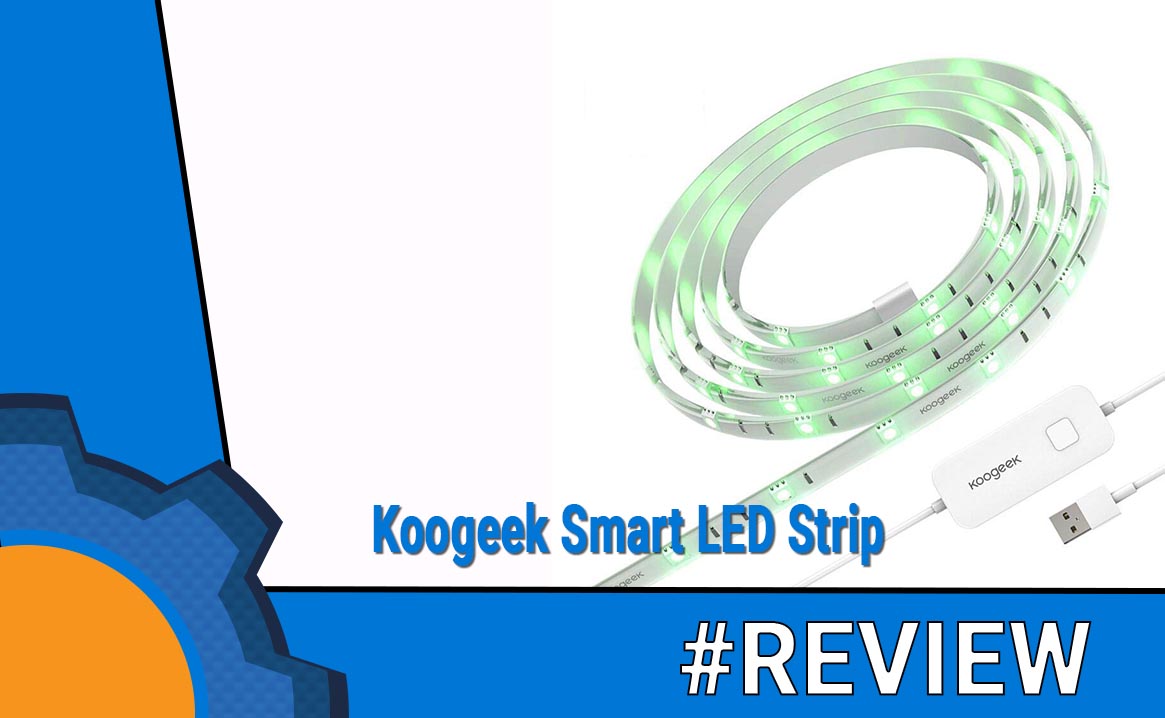 I have dealt with smart bulbs, smart sockets, time to take a look at smart LED strips. I made my own LED strips for stairs before, now I get to play with a Koogeek Smart LED strip.

The Koogeek Smart LED strip comes very neatly packed, there is no chance you will get this damaged in the shipping process. A single 2m strip connected to a small controller with a button.

Straight away, I can see an issue, be prepared to get a USB extension lead, as it is unlikely your USB socket to which you have to hook up the Koogeek Smart LED strip will be close enough. The button doubles as a pairing help and ON|OFF function. What comes next are LEDs.

The strip itself comes with adhesive, so I had no problem attaching it in the kitchen. It shines directly onto the kitchen worktop and doubles as a mood light for these special occasions.

The strip is bright enough and comes with 16 million colours of which the average make can name at least 5. It’s good enough! These are not individually addressable LEDs so you won’t be creating any fancy effects, the entire strip will always have the same colour and brightness.

The default colour “white” is shifted slightly into blues, which personally I find odd, I rather have white being in the warmer spectrum. Other than that voice command colour reproduction is ok.

Let’s face it, once the Koogeek Smart LED strip is set up, there will be no reason to open the app again as you can control the brightness and colour using smart speakers like Amazon Echo and Google Home.

The app had issues pairing the LED on Android Pie (reported) but worked well with Oreo device. It does what would expect from the app to do, preset colours, dim lights or turn them off completely.

Just download the respective skills, link your account to Google or Amazon services and you are good to go.

Unfortunately, compromises had been made and cheap products like Koogeek Smart LED strips come with that caveat.

If you already use Alexa of Google Assistant devices, you will be happy with the Koogeek Smart LED strip, otherwise, the barebone app makes it a hard sell. From the hardware standpoint, everything is great, but the software could use some serious work. Sounds like I will be hacking this strip soon!