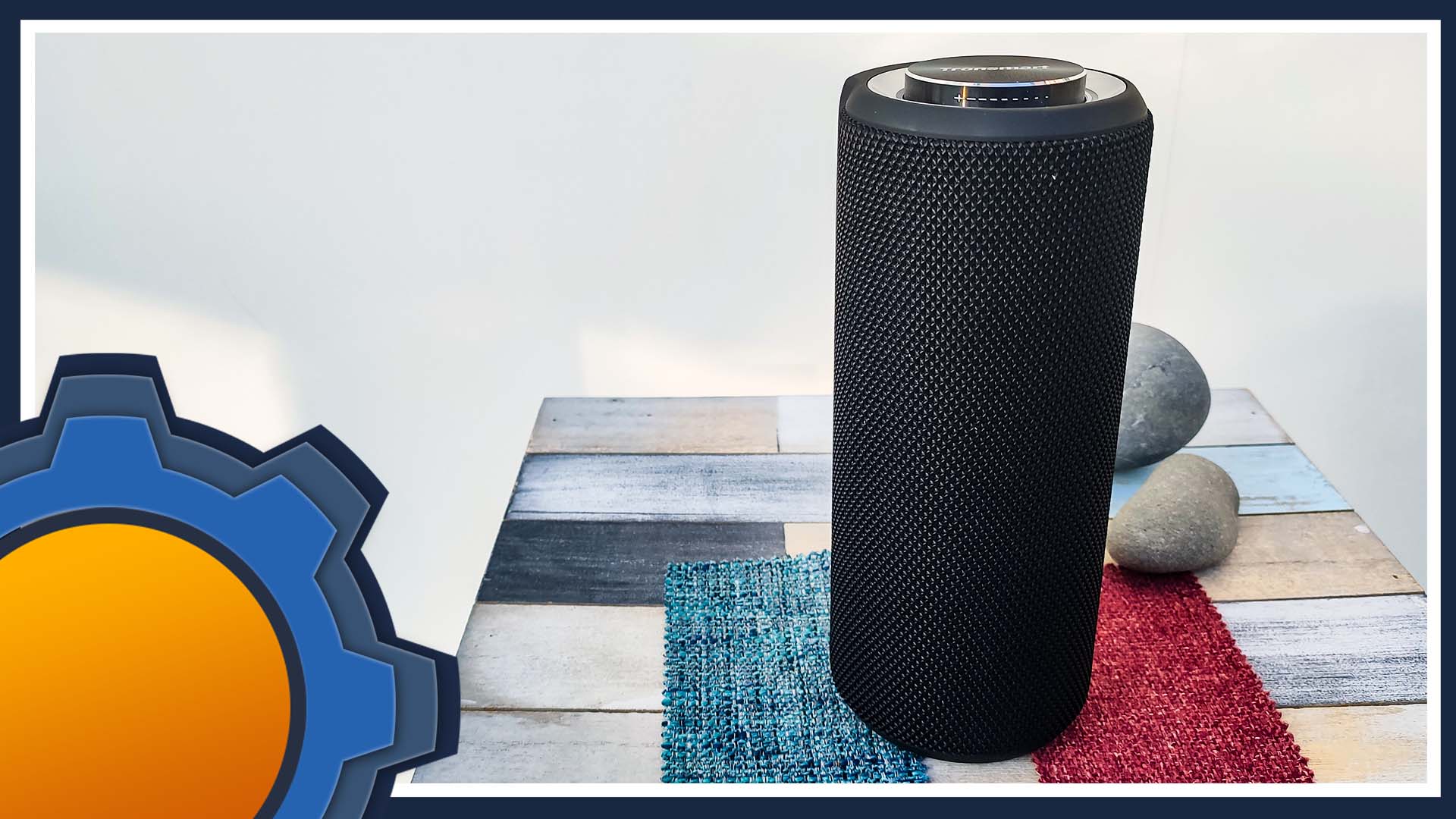 I don’t believe I tried a cylindrical Bluetooth speaker yet. Tronsmart T6 Plus Bluetooth 5.0 speaker brings Amazon Echo to my mind each time I look at it. Is it a good thing? It’s a matter of taste, if you are swayed by the physical appearance, you probably want to know what’s the music like and whether you should consider buying it.

I could find a fair number of functions on this speaker. The things I’m instantly drawn to are: a pleasant in touch and move rotary encoder to control the volume and smart assistant functions, and the USB-C for charging. It’s 2020 and any products made in the last 2-3 years which still use microUSB are not getting the brownie points.

Another 2 things that stand out are the TWS (stereo pairing if you have 2 speakers) and a power bank function (600mAh). To complete the list of the features, I will mention the 40W rated sound (across 2 speakers), 3.5 mm AUX-in and completely useless in my opinion (there is no screen) a microSD card slot (if you are going to use storage for playback, please add a screen, and since there is already a USB-A port, making it compatible with USB sticks would be way to go).

Overall, Tronsmart T6 Plus is a solid speaker. Mesh looks like it could take some beating, the rubber finish is pleasant to the touch and doesn’t feel cheap and advertised 15h playback holds true.

Because of the design, Tronsmart T6 Plus is a directional speaker. The orientation of the speaker will matter, even if the cylindrical design suggests otherwise (especially that PR text claims 360º sound. Unfortunately, I have been sent only one speaker so I was not able to test the TWS function. If Tronsmart T6 Plus’ TWS as fun as Alexa Stereo pairing, then you are really in for a nice music experience!

The intended selling point is the extra bass speaker. I’m not into R&B or anything that would put that speaker to a real test but my usual playlist of tunes I love and know by heart can verify that with the right EQ setting the beats are very much pronounced!

The sound is pleasant to the ear, but I have to say that the biggest genre to benefit from the Tronsmart T6 Plus would be anything with the beat and oomph to it.

Not everything is well rounded

The review wouldn’t be complete if I didn’t mention things that could be done better. The power bank function seems rather small considering the overall size of the Tronsmart T6 Plus, and the USB-A port delivers 5V at 1A. Sadly USB-C can be used for charging only. A PD USB-C with Quickcharge 3.0 would be so nice to see!

The call pass trough and smart speaker interactions are handled by the standard Bluetooth interface (HFP, HSP) which, sound average. I’m not buying the speaker to have conference calls for sure.

Lastly, playback buttons could use better texture. When listening to music, these buttons will be behind the speaker. It will be hard to distinguish it until you master the layout of the back panel.