NotEnoughTech
HomeReviewTake a selfie with a speaker? What? - Dodocool DA84-1 review 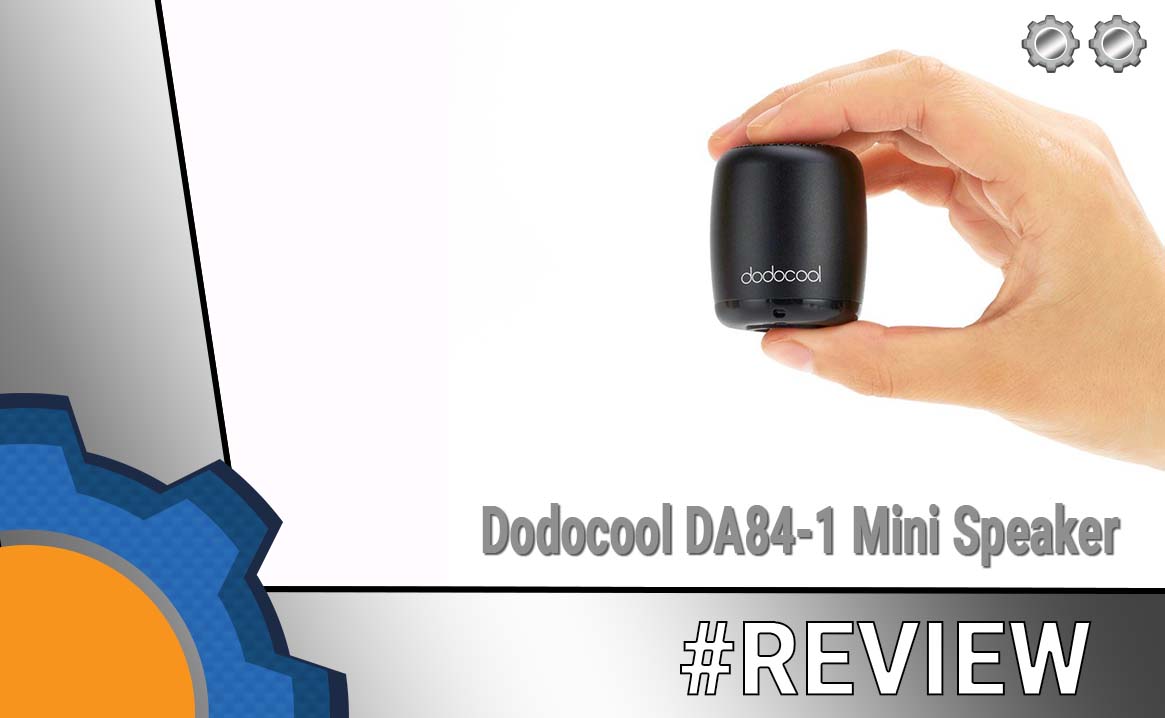 Take a selfie with a speaker? What? – Dodocool DA84-1 review

Take a selfie with a speaker, yes, with a SPEAKER!

Here is an idea, let’s make a small speaker that takes selfies. Actually, Dodocool has just that in their offer! The Dodocool DA84-1 Selfie Speaker is not something I would ever come up with myself, therefore, I will question the usefulness of the speaker through and through.

I could totally ignore the fact that this speaker comes with a selfie button, however, I think this might be its one of the more quirky selling points. My Instagram isn’t full of selfies, but I can appreciate the fact that I trigger the camera remotely. Taking pictures of the Bluetooth headphones while out cycling/running is difficult. It’s all about that wrist action, right? It’s only fair I test is as a speaker and a rather peculiar selfie stick device!

The Dodocool DA84-1 is super portable, I can almost hide it inside my fist. The interface is limited, and consist of a single button, charging socket and an LED light. You get the usual charging cable, and that’s it. It’s ok, It’s not the most sophisticated device ever.

This is a speaker first and the remote trigger second, so let’s focus on the sounds aspects of the Dodocool DA84-1 speaker. As usual with these reviews, my usual playlist is playing from the speaker while I write my thoughts about the gadget.

First impressions are: this is a very loud speaker! I would never expect the volume levels from a device that small. If you ever tried to watch a YouTube video outdoors without headphones, you know how hard it is to hear anything coming out of your phone. I can assure you, you won’t have this problem using the Dodocool DA84-1.

The sound quality is actually ok. There are no bass/lower tones so to speak (just look at its size, that’s too much to ask), the sound produced by the speaker could be compared with any laptop speakers. The only disadvantage is the high localisation of the sound. You can easily tell from which direction the sound is coming from.

It’s selfie time! First off, there is no default way of triggering the camera app. I think I could do this with Tasker, but the only available shortcut is a triple press which opens the Calendar App?

A designated “open camera” button/shortcut would be very welcomed. It’s 2018, and I know that you can open the camera with a Google Assistant command  (or even take a selfie) but I think there is still a market for a more discrete way of taking selfies. It’s embarrassing enough to point the phone at me at the arm’s length, I don’t need to announce to the world verbally that I’m about to take a picture!

With the Camera app open, Dodocool DA84-1 takes pictures instantly. It’s fairly easy to use, and the camera app has to use the volume button to trigger the selfie.

The Dodocool DA84-1 comes with a microphone, however, there is a problem. The device Bluetooth class is: input device. This means the applications will ignore it’s speakers capabilities and treated as a keyboard.I was not able to trigger the Google Assistant or make a Skype call using the speaker, however, the voice calls were handled correctly.

Apart from the general use cases, the Dodocool DA84-1 could be a great little prankster. It’s small enough to be hidden anywhere, making random noises, playing scary sounds or just causing havoc in office. The remote shutter is a nice addition, especially if you fancy a bigger than arm’s length perspective. The speaker is not going to be your primary source of the sound, but if you ever caught out in the open, you have something cool to make a little bit of noise.

0
It's the second camera from SwitchBot, this time with 360 degrees of movement, tracking and more. Check out the full review of SwitchBot Camera PT
Take a selfie with a speaker? What? - Dodocool DA84-1 review Here is an idea, let's make a small speaker that takes selfies. Said no company ever! Actually, Dodocool has just that in their offer! The Dodocool DA84-1 Selfie Speaker is not something I would ever come up with myself, therefore, I will question the usefulness...