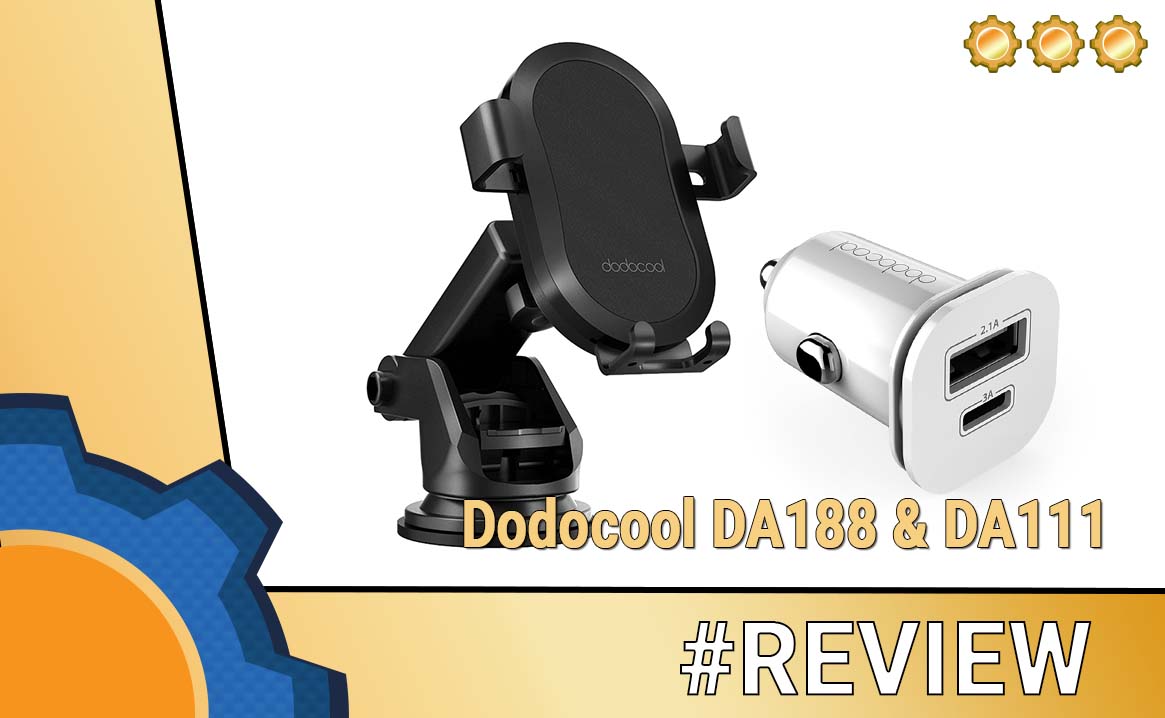 Charging kit worth all that money!

Since I’ve picked up Pixel 3, I get to enjoy wireless charging. Previously, my car charging setup was some weird 12V charger and a grip from Bestek I picked up ages ago. To make it all easy I have been using a magnetic cable from Dodocool as well. It’s time for some serious update – I got Dodocool DA188 wireless holster and DA111 super tiny USB/USB-C charger.

I played with the Pixel Stand (not impressed) and with a wireless charger from Choetech as well, so by now, I know what to expect. You know what? The 5 W charging limit imposed by Google actually isn’t that bad. I charge my battery at a slower pace, but the process is better for the overall battery health.

My commute is around 3h one way, so I can almost charge my phone to 100%. The reality is, that I barely jump to my car with a battery near 0%. This is where the Dodocool DA188 is greatly complimented by the
DA111 super tiny USB/USB-C charger.

The grip comes with 3 mount types, but I concern myself with the windscreen mount only. It extends very far. Much further than my previous one, so I can touch the phone without getting my hand off the steering wheel. The mount is fairly stiff and there is not much wobble even if the road is less than even. The charger will set you back £21 on  Amazon.

Other mounts include 2 adapters to attach it to the heating ribs. I’m not a big fan of that position, the smallest one isn’t great, but the other one keeps the holder where it supposes to be.

The only negative I have are the metal brackets around the sides. They go exactly where the “voice speaking” button is located. Something I will adjust with Tasker for sure.

This thing is seriously amazing. It fits inside the car 12V socket, and lets me close the cap too! Seriously this is great when not in use. You can’t tell it’s there! All that at the silly £11 price point!

It comes with your 2.4A USB charge (typical) and the USB-C for much faster charging. It’s a charger, I’m not going to bore you with the details, but I’m in the pinch I charge via USB-C otherwise, I get to enjoy the freedom of wireless charging.

Dodocool DA188 & DA111 is a great combo. I can charge the phone at a slower pace or get a quick charge when the time is crucial. All it’s left for me is to get rid of that awful wire that goes from between the seats all the way to the charging holster. I think I will add 2 12V sockets in my door pockets – one on each side. Then get 2 more Dodocool DA111 chargers!

This product has been sponsored, but I reserve the rights to a honest and unbiased opinion about the product.

0
Insta360 ONE X2 is the camera you should seriously consider, if not for 360 videos or stabilised action shots, then for the full joy of use!

0
Surprisingly big sturdy and with Power over Ethernet as an option! I'm taking a look at #IMOU #Bullet2E IP camera and I will show you how to use it with NVR via RTSP.

0
Xiaomi Mi Watch is the latest wearable from the Chinese giant. While looking like a smart watch it shares more with smart bands.