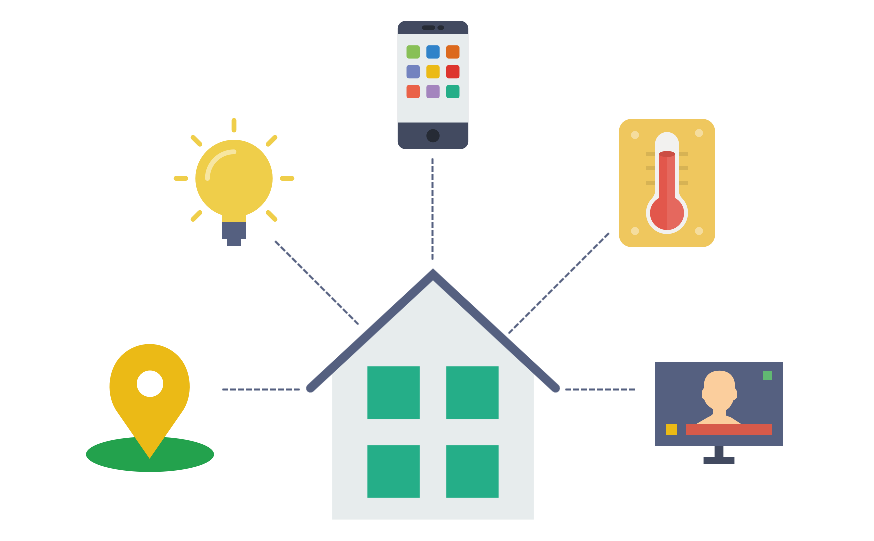 The biggest pitfall of a smart security systems

Is your smart home really secure?

My news feed is set to deliver news about the Raspberry Pi, Tasker, home automation, smart security systems and several more relevant information that inspire me and provide me with the knowledge for further tutorials.

In the recent weeks, I came across several guides/tutorials on how to use home automation to increase the security in your house.  With all the gadgets, sensors and IoT devices you might be tempted to wire up your house to create an elaborate and interactive home security system on the cheap. I’m not surprised that these methods are popular, as provide us with a cheaper alternative than a professionally fitted alarm system. It’s all great, but all these systems have one thing in common. The same weakest link. Learn about the biggest pitfall of the smart security systems

The biggest pitfall of a smart security systems

Turns out, that hacking into home automation systems is not needed. It’s time-consuming and it costs money. Entire home-made security systems can be disabled with a free device in less than a fraction of the second.

The weakest link in your home automation is the lack of the separate power system, independent from mains. Unlike professional installation, you are very unlikely to put extra wires to power an IP cam, or a Pi Server. The router is probably also powered from the mains, same rule applies to security sensors.

Imagine the thief would short your mains socket. The fuse box will pop the safety fuse out, and anything connected to mains will get powered down. If you are lucky enough, it will power down just a single floor, leaving other devices powered on.

The worse case scenario is when you have an outside plug wired with mains running inside your house. Unless that socket comes with additional fuse installed, capable of blowing before the main one, everything will get powered down. This means no IP cameras, no servers, no sensors, no router to send you a notification.

Your entire effort could go up with the smoke. All that possible without stepping a foot inside your property.

How to prevent it?

This is a tricky question. Apart from having a completely separate circuit for the entire security system, you would need a UPS to keep the system online. This means some serious money. Creating a homemade security system requires you to always look at the weakest link. Don’t let it be the power supply.

Mat Zolnierczyk - 16/06/2022
0
The latest device from ITEAD in the Elite line up is: Sonoff POW Elite - a new take on the known formula - a single channel switch with a power monitor.
Read more

Mat Zolnierczyk - 11/06/2022
0
ITEAD has released a new series of devices under Elite line. I received Sonoff TH Elite and here is everything you need to know about it.
Read more

0
I have a new smart vacuum at home - yeedi vac 2 pro with an oscillating mop - will it make the difference to my floors?
Read more

How to flash Tasmota on Sonoff ZB Bridge Pro

Mat Zolnierczyk - 27/05/2022
0
In this guide, I will walk you step by step and show you how you can flash Tasmota on Sonoff ZigBee Bridge PRO so you can use it with a custom coordinator firmware.
Read more