NotEnoughTech
HomeNewsCryptocurrency is bad, except it's not that simple 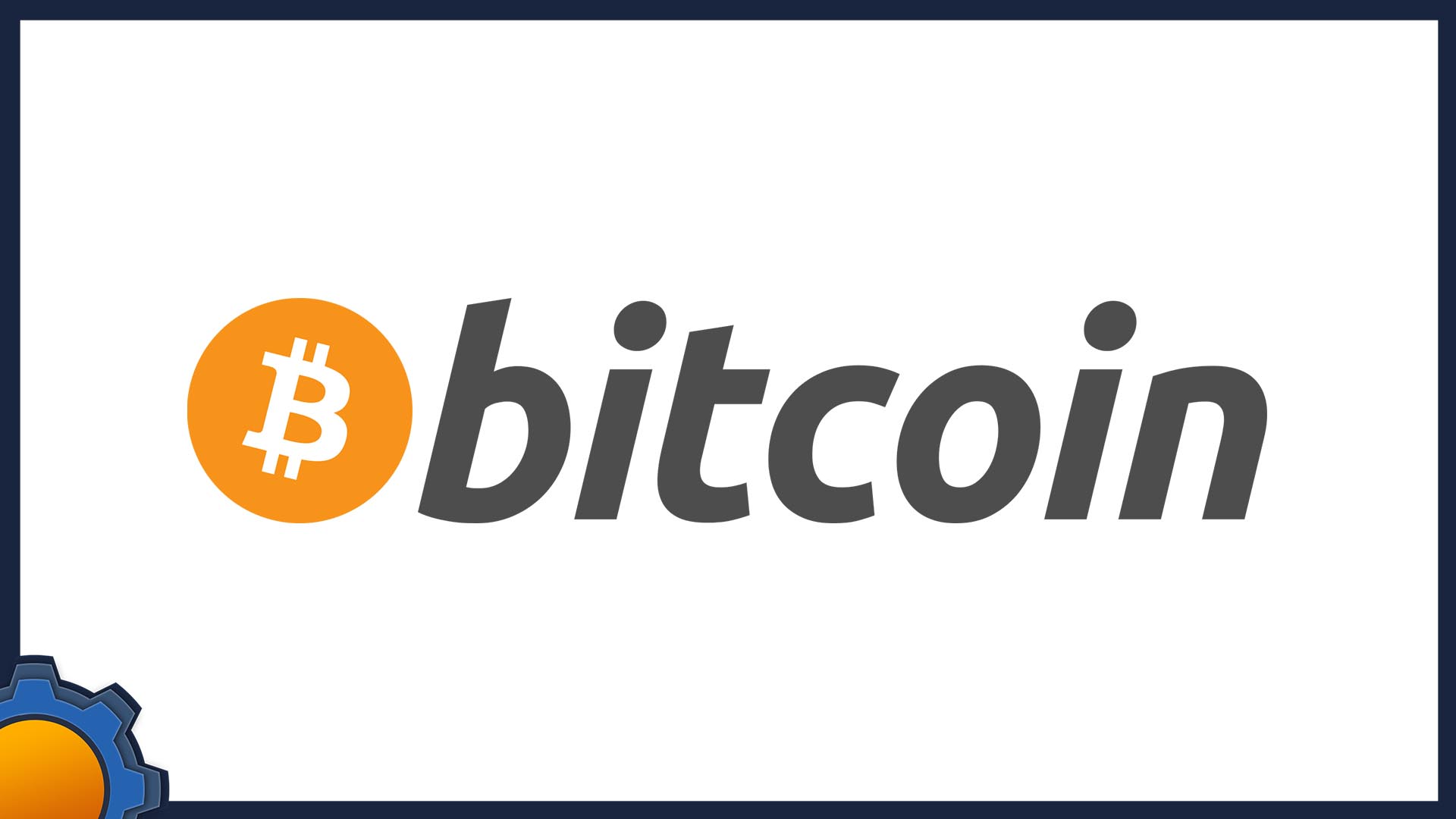 Cryptocurrency is bad, except it’s not that simple

It's all bad until you read past headlines

Looks like bashing cryptocurrency and the associated power consumption is trendy. My feed is filled with articles pointing out the “real” cost of keeping crypto in circulation and the environmental impact of mining. Catchy headlines boil down to “cryptocurrency is bad”, except it’s not that simple. As usual, there is more than a catchy headline and an article that fails to make an accurate point.

Trust me I’m (not) an expert

I’m not going to pretend to be an expert. My experience with cryptocurrency is limited to a couple of days of mining and successful speculation between Doge and Bitcoin thanks to swift decisions made after Elon’s Musk tweets. These decisions essentially quadrupled my BTC balance within 2 months, take it with a pinch of salt – I own about $500 in BTC I’m yet to cash in on.

Please note that I used my Brave Rewards balance and a couple of days of mining to get to that point. Personally, it’s just an experiment with a spare income I’m not afraid to lose. If you want to experiment, I use Uphold to store my balance and quickly transact between currencies (tested for deposits and cashouts) and you can use this link if you want to support me. Just treat it as entertainment, and don’t blame me if you have to sell it at the dip!

It’s fun and frolics until somebody gets hurt…

I’m not going to speculate on what caused the BTC crash exactly, but the bad press associated with cryptocurrencies isn’t helping anyone with crypto balance in their wallet. Bitcoin and other currencies were just shaking off the stigma of being associated with criminal activities, gaining the trust of the general public thanks to recognisable companies taking payments in BTC.

I witnessed this first hand, after speaking to 1000s customers in my last job about BTC and their hesitations. Now, cryptocurrency faces a new environmental impact stigma. Is that deserved? Personally, I don’t believe so, despite quite frankly scary numbers published by somehow reliable sources.

As with everything in this world, it’s all about context, not data. Just as China is peddling graphs of how many people they vaccinate per day, to show superiority over other nations completely forgetting to include the difference in population numbers, usage data is published without relevant context.

We can agree on one thing, wasting energy is a very bad thing in the world where we constantly fail to meet climate emergency goals. Bitcoin mining included. If we want to have a chance at meeting 2050 targets set by the Paris agreement we should be switching to electric vehicles (EV) now, not in 2030.

Money aside, power requirements are a problem. In the UK alone, the grid can run at 95% without 66 million citizens charging up their vehicles overnight. To solve this, each country has to invest in energy production now. Phasing out the old, and sticking with renewables as much as possible. It’s a great plan in theory, but in practice, this means an all-out war against the oil industry. A global lobby that is responsible for orchestrating military coups, invasions and using every trick to keep the oil going. To think this is a fair fight is to be foolish. This isn’t going to happen fast enough without a proper stimulus.

You can buy an EV now, and the grid will be fine, as long as the rest of us won’t do the same.

Why Bitcoin is relevant? It plays by the oldest rules in the playbook – profits. Bitcoin mining practices (and other cryptos) are hugely dependant on the price of the electricity. To the point where mining operations seek areas with excess power production at the lowest prices. An increase in demand for power leads to an increase in investment in power generation. While I can think of many reasons why the oil industry would lobby against the legislation that would give the EV an edge in the current market to drive the purchases, BTC mining isn’t seen as competition.

As a result, you have a global, profit-driven force that latches to the cheapest power generation possible to seek maximum profit, and it’s a force countries slowly transition to reckon with. Global mindsets are already changed. We know coal plants are bad, wind farms are good. Citizens have the consciousness to scrutinise new coal-based power plants, while windmills hardly make the news anymore (that’s a good thing).

We are not just ready to say the same about petrol/diesel cars. EVs are too expensive or come with range anxiety. Having an SUV parked on my drive doesn’t help either. The average consumer doesn’t even think about where the power to charge these should come from and that the power grid right now can support a limited number of EVs.

In practice, BTC isn’t really an evil force. In the wake of climate change, we should be ramping up our renewable energy production to the point where we always have an excess of power in the grid. Mining latches to that, no one builds power plants to accommodate miners as on a global scale it’s just the drop in the ocean of global energy usage. Mining buys energy at prices offered by energy providers and it’s as wasteful as not turning your lights off at night. It uses the same energy that is available to you or me. As the energy isn’t stored (hydro storage is hardly used in the UK), it is wasted if not used.

mining… is as wasteful as not turning your lights off at night.

In this context, you should be leaving your lights on all night, to encourage the transition from oil-based energy sources. Reducing energy consumption works when we are trying to perfect the system, not when we must scale up energy production using fossil-free sources. We need this to sustain civilisation as we know it now. Demand for (renewable) energy is the only thing that capitalism understands to justify investments. No one is rushing to build green power plants on the promise of customers dumping fossil fuel cars in 2030. I can bet all my BTC balance that parties closer to date will try to push back that deadline to score points with the electorate.

Putting a price tag of $200 on a single Bitcoin transaction doesn’t really help anyone. The value is an estimate of total mining effort and transaction effort bunched together for no other purpose than just make up a scary number. The cost of bitcoin transactions goes down exponentially based on the number of transactions.

Bitcoin’s high “per-transaction energy cost,” but this metric is misleading. The vast majority of Bitcoin’s energy consumption happens during the mining process. Once coins have been issued, the energy required to validate transactions is minimal.hbr.org

One fact remains, that energy will be used by someone else who pays for it or simply wasted. I don’t recall anyone buying energy in advance to feed 20 households for 3 months. It’s a clickbait number, and it’s scary that this number-trick works. Profitability of the transactions aside (trust me Bitcoin doesn’t operate at a loss and no one pays $200 for a transaction), it’s a matter of using available power or wasting it in the times when we do need to ramp up the production to even consider the switch to EVs in the next few years.

Cryptocurrency has its problems. Bitcoin may not be sustainable in its current form forever, decentralising the currency sounds like a good idea until a single tweet can manipulate the value, but the traditional banking systems are not free from similar issues. The last time I checked, no one invaded an oil-rich country to drive the value of cryptocurrency and ensure the domination of the fossil fuel supply. The stability of the most important currency in the world is often paid with the blood of innocent people either through military or economic actions.

Do I have the answers? No, but I can critically approach the subject and smell the bullshit from miles away. Cryptocurrency shouldn’t be on the list of your environmental problems to solve this decade. And yet, everyone is pouring fossil fuel into that crypto fire.