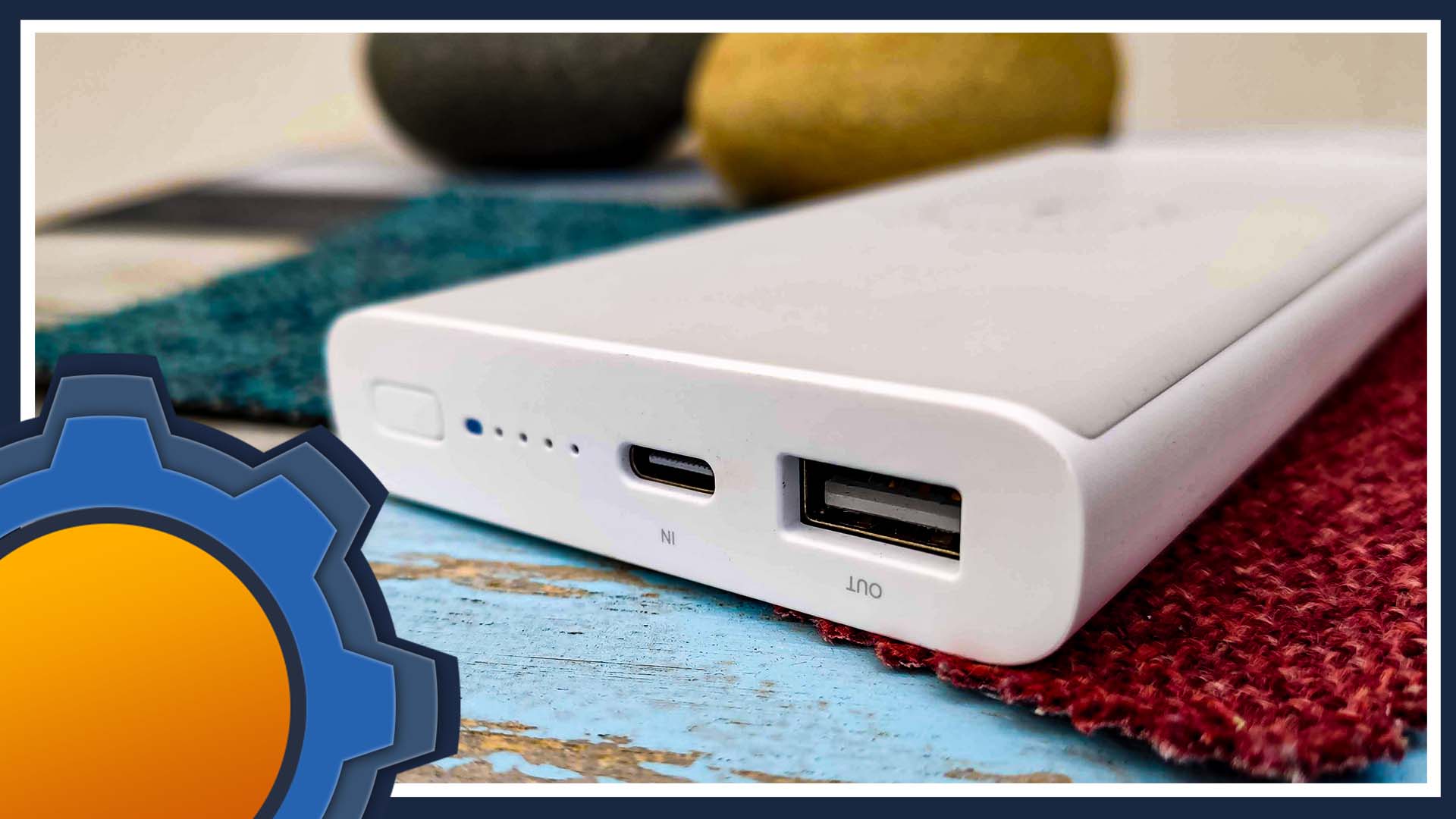 Thanks to everyone who had voted for this in Community Reviews for November 2019. I had an eye on Xiaomi 10.000mAh power bank for two reasons: Quick Charge 3.0 and Wireless charging. I really wanted a QC3.0 compliant power bank and I also wanted to investigate how much power would be lost through the wireless charging option.

It’s not the smallest power bank out there mainly because of the inclusion of the wireless charging pad. The rubberised top covers the top of the enclosure, with the charger underneath capable of delivering 10W power. If your phone isn’t compatible with it, there is a PD USB-C (doubles as the port to charge the battery) port capable of the Quick Charge 3.0 standard too and USB-A with a similar specification. Looks like this power bank has everything you will need.

I’m not going to lie, I really wanted to have a power bank with Quick Charge 3.0 to boost the charging speeds of my Xiaomi Mi9 (review) and to power up my portable soldering iron TS-80 (review) which requires a compatible source. I’m pleased to say, now I can do both now, although not at the same time.

If you want to read more about hacks to this soldering stands then I have a full review here. This is not a posh stand (about a $10) and you can make it so much more awesome thanks to a couple of hacks and the Xiaomi 10000mAh power bank.

It seems that I can charge 2 phones at the same time, but my TS-80 won’t get enough juice via USB-A socket unless it’s connected on its own. It’s somehow disappointing, but I understand the limitations due to safety concerns (the peak current for the TS80 is 2A at 12V).

Other than this, the phone identifies the Quick Charge correctly and charging times are lightning-fast. I can top up my Xiaomi Mi 9 in about 90 minutes which is great.

A complete charge of my Xiaomi Mi9 takes roughly about 2h starting from 10% with the phone in the aeroplane mode (for testing purposes). I wanted to measure approximate charging efficiency, as the wireless charging technology isn’t as efficient as traditional methods.

Xiaomi Mi9 comes with 3300mAh battery, and I was able to complete 2 charging cycles starting from 10% before running out of juice in my Xiaomi 10000mAh power bank. It suggests that I could extract approximately just over 6000mAh from the rated 10000mAh capacity.

With the wireless charging efficiency rated at 70%, this is a close representation to how long the battery would last in such a scenario. The battery justifies not taking cables with you (2 charging cycles will last you through the day) but if you are in the pinch and need every drop of power – take the charging lead with you (consider these).

The wireless option can double as a charging pad, so you can top up the phone while charging up the bank at the same time (at a slower rate).

Xiaomi products always come with pleasing aesthetic and often with a zen-like design giving you what you need in the cleanest form. Xiaomi 10000mAh power bank is no different. The list of features isn’t long, but it has all you need to keep your phone alive (or soldering job going) throughout the day. It comes at a decent price too as you can pick one up around $25 (during offers). If you want the same capacity but in the smallest form factor possible, take a look at this power bank instead. If you have any questions, leave it in this Reddit thread.

0
Are you looking to spruce up your photography studio? These battery operated panels might be what you need. Meet Pixel G1S
Thanks to everyone who had voted for this in Community Reviews for November 2019. I had an eye on Xiaomi 10.000mAh power bank for two reasons: Quick Charge 3.0 and Wireless charging. I really wanted a QC3.0 compliant power bank and I also wanted...Look, no wires - Xiaomi 10.000mAh power bank with QC 3.0