NotEnoughTech
HomeReviewPumpkin USB 3in1 Adapter for Mobiles - you get what you pay... 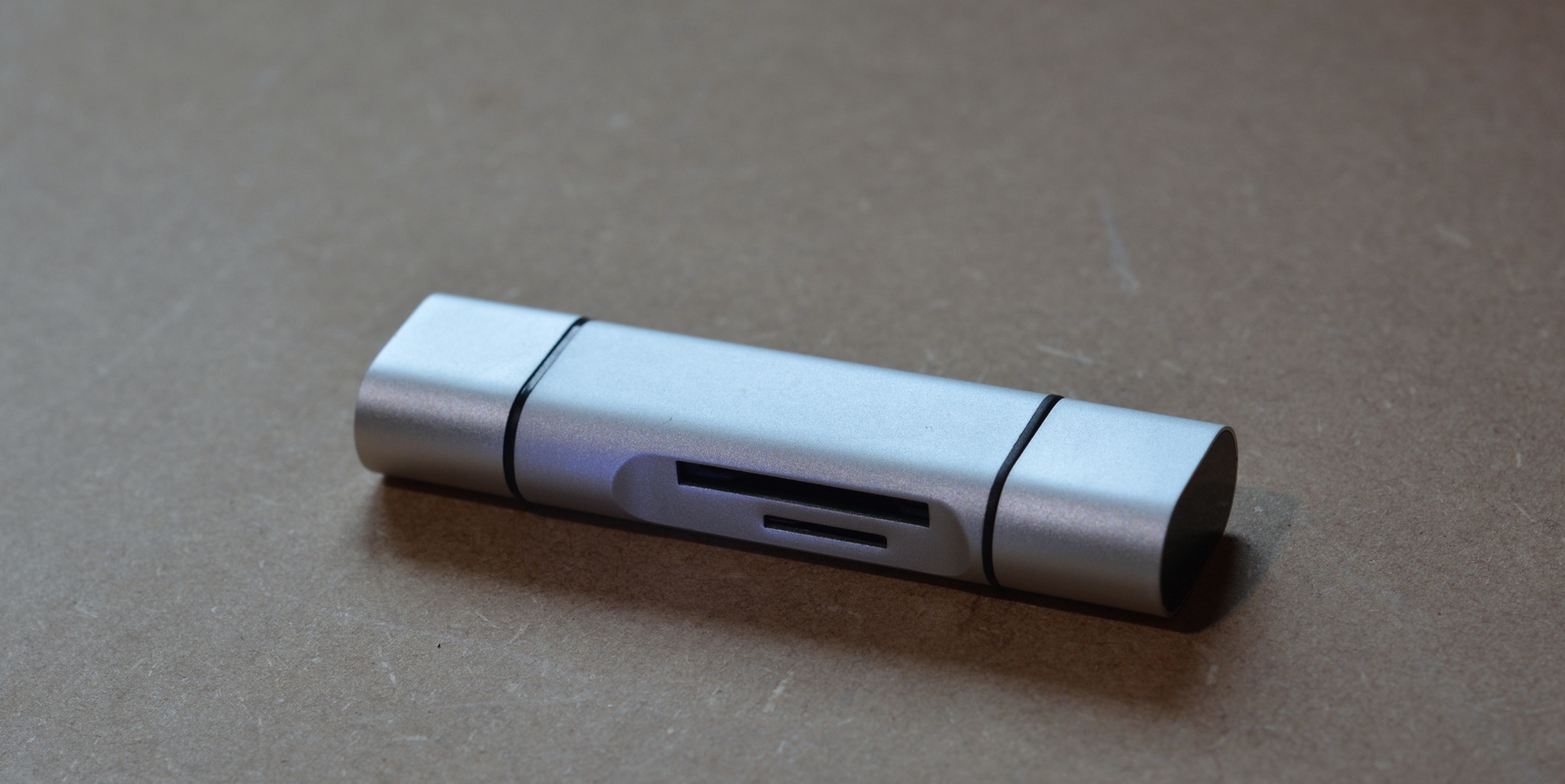 Pumpkin USB 3in1 Adapter is now 2in1

I have recently noticed that I’m in the need of a way of looking up pictures from my DSLR (Nikon D5200) in a better way than a built-in LCD. The WIFI adapter from Nikon isn’t performing very well and I hoped that Pumpkin  USB 3in1 Adapter would solve the issue for me. Each time I’m out and about taking pictures I’d like to look it up on a bigger screen, without running back and forth between the photo location and my PC. The USB-C/microUSB Pumpkin  USB 3in1 Adapter for Mobiles should take care of my needs? Right?

Adapter sports a USB-C connector at one end and USB/microUSB hybrid at the other end.  Both are neatly covered by a plastic caps. ‘OK‘ I said, let’s test this thing, I took few pictures with my DSLR and offloaded it to the mobile phone to admire it at 5.5” glory.  USB-C was easy enough, no playing about. Nexus 6P has recognised the extra storage and the picture was on my mobile within few moments (more on that later).

The next ‘test’ was to send the pictures to the PC and see how this thing stacks against the offering from ANKER I reviewed earlier here. Plug and play, few clicks and pictures were on my hard drive (also more about it later).

Things became messy with the microUSB. It took me a while to figure out how to extend the adapter. I had to refer to the instruction to make sure I’m doing it the correct way. I think by this point you will also agree that when you are referring to the user manual of a bloody card reader – things aren’t going well.

The picture transfer was done correctly. For fiddly details with Android please refer to the USB-C reference below. This is where things went from good to messy.

In order to extend the microUSB adapter on the  Pumpkin  USB 3in1 Adapter, you need to push in a plastic latch with something small. It was not possible to do so with my nails. On the second attempt of doing so (and I was fairly careful) latch has snapped and stuck inside.

I started to wonder how this adapter got the 7 stellar reviews on Amazon! Since we are  nitpicking (still!) on the design please know, my dear reader, that the side caps are mostly for show. They clip to the metal USB ports (instead of the plastic enclosure) which means that you have to use them on the correct sides. A rather annoying solution since both look alike. The way the caps latch to the ports is flimsy and I might give them all up altogether.

My standard 1.03 GB test got me little confused. I could swear I’m dealing with a USB-C Compatible  adapter. I have promptly looked up the Amazon listing to confirm the specs. Apparently ”USB 3.1 Type C Compatible” means the shape, not the speed. Can’t take the points off the review here, but I guess I got what I paid for. Again. The same test with the same card gives me 40MB/s with the ANKER reader.  I will take the blame on this occasion.

To be fair this is not the adapter’s fault. To get the extra storage to work (tested on 6.0 and 7.0) a bit of playing about was needed in the system. Android was asking me to grant the permissions to access the storage. Android has always been funky about external storages. Copying files back and forth between an SD card and a computer often resulted in the video files no longer being playable on the Android devices while working fine under the Windows.

The adapter works, but be aware of the quirks the first time you play with it.

Pumpkin  USB 3 in 1 Adapter could be a nice offering. I could live without the caps, perhaps I could deal with slower reading speeds as well. But the microUSB design needs to be addressed. I moved the latch enough to be able to use the USB, and I can connect to a mobile phone with a microUSB as well if I lock the adapter in place. I wish I paid a few quid more for a better-designed product. I was fooled by stellar Amazon reviews – which makes me wonder ‘How honest are the product review nowadays?‘

This person is unsure if they got the product for free or at discounted price. I guess it is very hard to be such a busy reviewer with dozens of freebies pending for a review.

USB-C support is as vague as the product description. But at least we have some pictures. It is hard for me not to feel slightly bitter about it. But then again, it is a card reader with a 5-star rating (for now – just wait, Amazon!!) what could possibly go wrong!

[box type=”info”] UPDATE: The Amazon seller Autopumpkin has emailed me asking about the product satisfaction. I have provided them with feedback about the adapter according to this review and the £3 refund has been offered, while I was able to keep the device. I have mentioned that I’m mainly interested in USB-C. The entire email exchange has been concluded within 24h [/box]

0
Are you looking to spruce up your photography studio? These battery operated panels might be what you need. Meet Pixel G1S
I have recently noticed that I'm in the need of a way of looking up pictures from my DSLR (Nikon D5200) in a better way than a built-in LCD. The WIFI adapter from Nikon isn't performing very well and I hoped that Pumpkin  USB 3in1...Pumpkin USB 3in1 Adapter for Mobiles - you get what you pay for