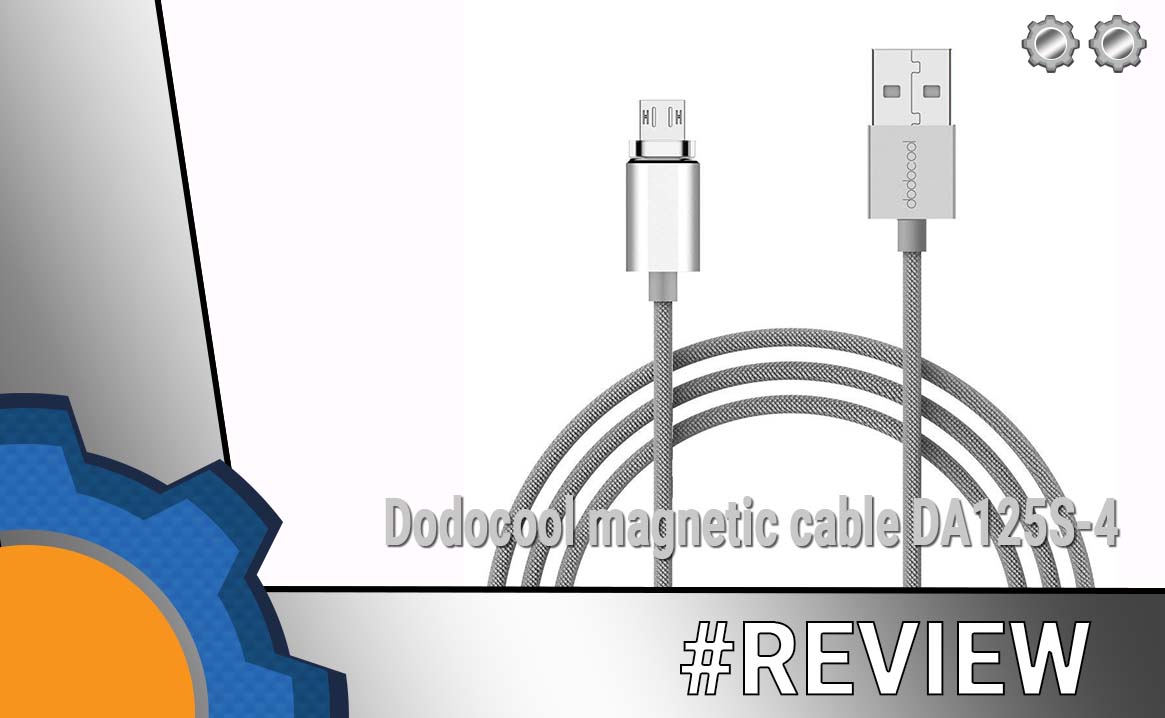 Magnets are always so much fun to play with!

It’s been on my mind since I first seen magnetic cables online. Would the magnetic tip disrupt the navigation? I finally get to answer this question with the Dodocool magnetic cable DA125S-4. I got the cable and the USB-C and micro-USB connector, it’s time to find out.

I got a nicely braided, soft silver USB cable and two connectors: USB-C and microUSB. The backwards compatibility of the cable means I have to live with the USB 2.0 standard, despite it sporting the USB-C connector.

It’s not ideal but keeps the cost low and the cable can be used for data connection with other (microUSB compatible) devices. The Dodocool magnetic cable DA125S-4 is after all a power and data cable, so you will be able to charge your various devices and transfer the data with USB 2.0 speeds.

The main feature of the cable is the magnetic connector. It’s strong enough to attach quickly and even hold the phone in the air (providing you do this gently) but you won’t be using it as a makeshift sling, as cable detaches easily when the force is applied from a different angle.

The cable snaps back from about 2-3cm (an inch) and the connector should not disturb you while being plugged into the phone. Both, the microUSB and the USB-C versions were a bit finicky to remove, making it probably very hard to misplace once plugged in.

A great addition is a LED which is placed on both sides of the cable. It gives you an instant feedback that the cable is connected and ready to use.

I have a couple of scenarios where the cables were very useful. My favourite uses so far are:

Note that I can use the microUSB connector to drive the sound or just charge the Bluetooth enabled Sennheiser PXC550. I prefer the charging scenario as if I move too far the cable detaches and the sound is no longer disconnected.

The cable is not best suited for anything other than stationary use. Charging and playing with my phone got the Dodocool magnetic cable DA125S-4 disconnected more times than I could count.

Priced under $10 ($4.99 per additional connector) the cable is a very attractive offer for anyone looking to ease their plugin or out moments. The Dodocool magnetic cable DA125S-4 is well made, lightweight and super easy to snap to the phone/device. I only wish the cable would be available in a longer than 1.2m version. And to answer the question from the title of this article, the cable does not make you run in circles. You can use it with Google Maps freely!