NotEnoughTech
HomeReviewUSB-C to USB 3.0 braided cable by Kinps® 2m as a Nexus... 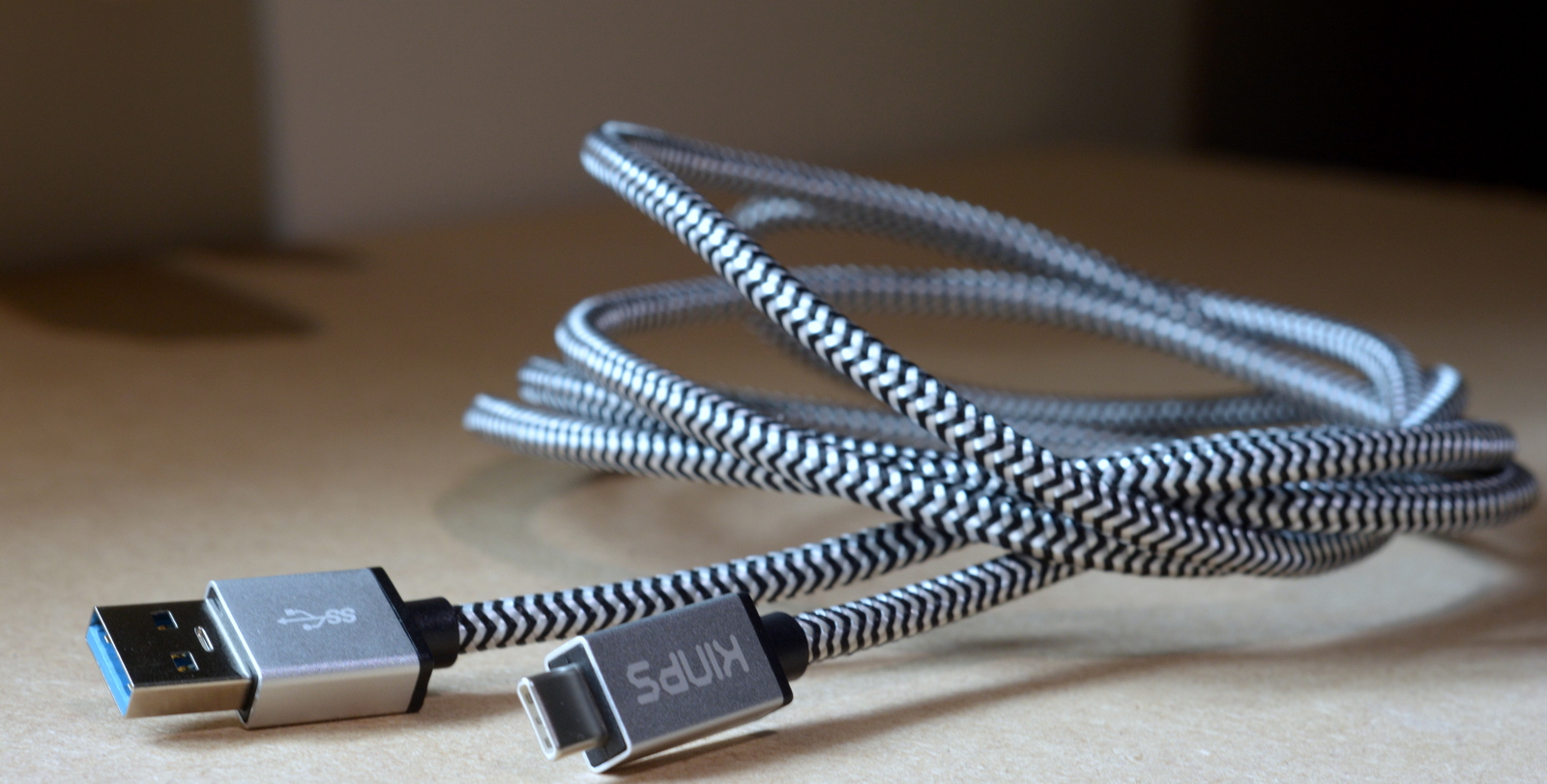 The longest cable I probably own

Ever since I got my Nexus 6P phone, I was struggling with slightly odd cable choices provided with the device. The phone comes with a USB-C charger and 2 cables. 1m USB-C cable and 35cm USB-C to USB 3.0. You will quickly notice where is the issue. If you wish to use any existing chargers you are limited to 35cm of freedom. It was the time I made some upgrades in this department. Shortly after the release of USB-C type phones, amazon was flooded with cheap cables, and controversy has gone viral, with many of the cables not meeting the requirement. This only delayed my purchase as OME cables were rather expensive, and I didn’t feel comfortable with testing a $5 cable on my $500 phone.

I got this cable from the Amazon listing in the link above for £4.99. At the time of this review, I have been using the cable for about two weeks. I was prompted by Amazon to write the review and I don’t mind sharing my findings.

The cable  USB-C to USB 3.0  by Kinps is braided, black and white in pattern with metal plug casings. The option I went for is 2m long and it is slightly on the rigid side. That being said, the cable can be bent easily, and won’t spring back to the previous shape instantly.

The square metal plugs feel cold and solid in touch, and as the cable itself are on the thicker side of things. Both ends are little longer and thicker than the original counterparts from the Nexus cable. None of this I found obstructive, and it enforces the premium build quality feeling that you get from playing with this cable. The cable is strong, although untested, I feel it could support my weight and survive being trapped in between a door and a frame multiple times without breaking the internal wires.

Overall the build quality is solid, and I’m confident that cable will last a long time.

This comes with a single and a rather obvious disadvantage. This is not a travel cable. It is hard to compact the cable, and it will take most space inside your pocket. Consider getting much shorter cable if you want one to travel with you. This cable is a domestic affair.

Nexus 6P is not set for the Quick Charge, therefore I was not able to test the cable against the QC claims listed. Cable was supporting 1200mA current while charging my device, possibly hitting even more as Ampere app doesn’t add the power draw. Neither cable, charger or phone gets excessively hot during the charging process. The USB-C plug has a nice and tight fit, I was able to rotate the device and swing it by the cable without dropping the phone. Since Nexus 6P has no QC compatibility I’m unable to verify the claims, however, both cables perform in the same way whether connected to QC or a standard USB.

Instead of benchmark testing, I focused on real-life experiences with cable  USB-C to USB 3.0  by Kinps. I have transferred a 1.03GB zip file across the cable between USB 3.0 on my PC and phone, and I was able to complete the transfer within 36sec, exactly the same figure was given to me while using the OME cable supplied with the phone. USB 2.0 data transfer yield the transfer rates slower, completing the procedure in about 45 sec on both cables. Perhaps, you have noticed that this would give me about 28MBit/s transfer rate on USB 3.0 and 20MBit/s on USB 2.0 but all limitations are placed here by the phone read/write speed (as the transfer was taking place from an SSD drive). What was more important to me is the fact, that this cable performs in exactly the same way as my 35cm long OME USB 3.0 to USB-C cable.

There is a bulk of negative reviews (1 star) on amazon for this cable, I’d like to address few before my final conclusion.

This has happened to me before, and it was caused by a piece of paper wedged inside a socket. It got there while wearing the device inside a pocket, and quick toothpick manipulation fixed the issue.

A lot of negative feedback is given by Nexus 5 owners looking  for a cable that supports the Quick Charge. Sadly Nexus 5 or 6P for that fact does not support the QC, and they have their own version of the rapid charge with a factory charger. While I’m unable to verify the QC claims on my own, complaints made by these buyers are invalid.

Few reports of the faulty cables were addressed by the seller, which fills me with confidence that I made a good choice. I’m pleased with the cable, and while the 35cm version will be travelling with me exclusively, the braided USB-C to USB 3.0 cable by Kinps will be my main charging and data cable for all the situations where size does not matter. 2m is this sweet spot where the cable is long enough to reach to every socket around my house, while not hanging excessively while plugged in. Regardless of the QC capabilities, I’m pleased with the purchase, as my only goal was to replace the original but short Nexus 6P cable.

0
Are you looking to spruce up your photography studio? These battery operated panels might be what you need. Meet Pixel G1S
Ever since I got my Nexus 6P phone, I was struggling with slightly odd cable choices provided with the device. The phone comes with a USB-C charger and 2 cables. 1m USB-C cable and 35cm USB-C to USB 3.0. You will quickly notice where...USB-C to USB 3.0 braided cable by Kinps® 2m as a Nexus 6P OME cable replacement