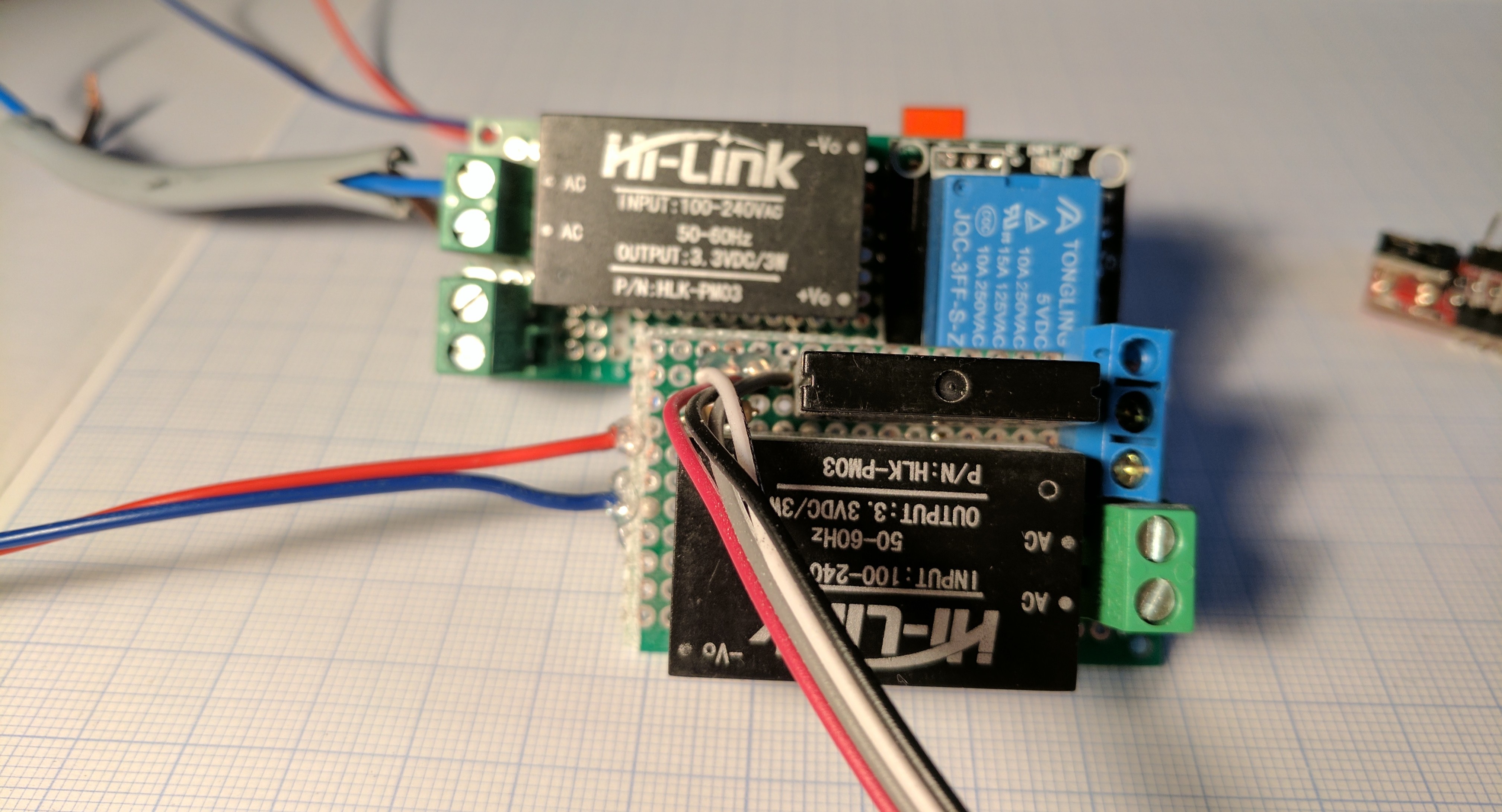 I’m happy to report that a progress has been made on my WIFI lights project. Now I can turn on and off the ESP8266 WIFI lights with a switch or internet services. I have been struggling to get the wall switch working for some time, but I’m pleased to say, everything is working as suppose to. You can see the demo of this iteration of the switch in the video.

The most annoying issue with other internet or Bluetooth enabled bulbs is that you have to keep the switch in the ON position to have an access to the network functionality. While it may seem obvious, this means if you turn the light OFF using a wall switch, you will never turn it ON again using the network. I know for sure that wall switches will be with us for longer.

This is no longer the case, and the device made by has the ability to control the lights, sockets and other devices while retaining the switch functionality. I had this plan in my head for som time, but I was not able to figure out the exact design.

What’s next with ESP8266 WIFI lights

The prototype is bulky. I’m waiting for more components to arrive from China. This should allow me to reduce the size of the switch by half. I think this should be enough to get the device hidden behind a switch or a ceiling fixture.

Another step will be a custom PCB design, which will decrease the size of the ESP8266 WIFI lights further.

The ESP8266 WIFI lights contain only a handful of parts, and it looks like that custom PCB would be the most expensive component. Once I have smaller parts, I will build the v4.0 and write a build log to follow.

Get components on Aliexpress.com

Get Components on Amazon