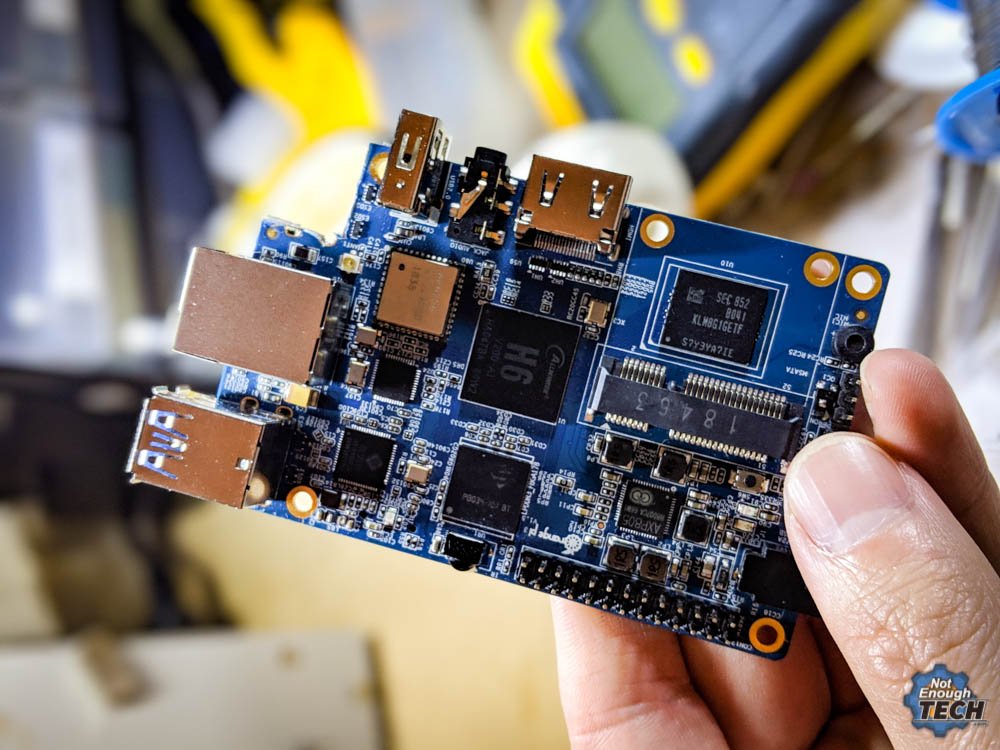 When things go wrong, so wrong, very wrong, all you can do is laugh. Laugh and lie...

This will go out on April the 1st, which I think is only appropriate, all things considered. Despite the usual April’s Fool association, the story (dramatised for comic purposes) is 100% true and 98% accurate. The story contains a fool too. That fool is writing the words are you read it!

When Raspberry Pi 3 is not enough, change the fruit

Failure to deliver on speed front, Raspberry Pi 3B+ faced a serious frown on my face. Why, oh why? I had big plans for you, you tiny £32 board. The dreams of fame, high traffic, and… OK dreams of high affiliate traffic. I’m a creative soul, and my favourite saying is “Jak głodny, to płodny” which rhymes and roughly translates to “there will be no art if you are curled up in a corner, dying of hunger, forgotten by the society, and ignored by sponsors” more or less. It’s probably “less” but I digress.

As a maker, I often have to make difficult choices. It boils down to: “do I copy someone on the internet who had a project idea 6 months ago and no one remembers it any more, or do I recycle one of my 2 brilliant moments that make people read this blog, and dress it up in a much nicer story?

I’m not a massive fan of copyright infringements, or the YouTube algorithms aren’t, so I’m left with the latter. By far, one of my most popular recent articles was one about a massive failure and a disappointment, so why not to piggy-back on that and make some sweet $17.87 from ads again.

The WordPress insists on a subheading, otherwise, the penal code for breaches like this is messed up SEO, I also get a free paragraph of text out of it, therefore I’m happy. I know the story could be boiled down to an old fashioned 140 characters Tweet (do you even remember these?) saying: “it wasn’t my dog, I don’t even have a dog“, but they don’t pay me for brevity.

I have to figure out who “they” are as they owe me some serious money! Anyhow, I forgot to say that I got an OrangePi 3 after reading an impressive spec sheet. By “reading” and “impressive” I mean glanced over USB 3.0 ports and 1Gbit Ethernet in the connectivity row. My eyes lit up, my phone also lit up. It does that each time I get the message with overdraft notification. “Too late, you ” I thought to myself, starring at the email titled: “Your order will be processed soon“.

In honesty, at that point I did not think my life would go so horribly wrong. The life was good, I had a plan and a sponsor for this mad re-iteration of the primal idea. The life was beautiful.

I chucked the board on the side of the table, I didn’t even bother to open it at first as I had to go to work for 4 days and I did not want to tease myself with the OrangePi3 right now. It was there, lonely, untouched and unloved for whole four days. A glorified piece of technology with all the bells and whistles you could get (after all – all that sponsorship moolah means I get to spend £32 instead of £28 option).

Thinking back, it would have been better if I never had opened the box. This pandora device refused to work propely with anything I could load on it. Granted the downloaded images were OK, but as soon as I tried to install couple of libraries strange things started to happen.

The loop of drama looked like this: I would try to boot the board, Linux would swear some gibberish back at me. I would Google-fu that until I would come across the page explaining the nautre of the error and the only advice listed on that stackexchange would be “reinstall Linux”. It’s a new installation! FFS! This would continue for about 3 days with very small intervals to eat dinner or go and cry myself to sleep.

Finally, progress has been made and I managed to install a PLEX, WEBMIN, SAMBA and all dependencies on Ubuntu Server. This was days into the project. My joy was short, I quickly discovered that USB 3.0 is not detecting my USB 3.0 HDD, but works in the USB 2.0 configuration instead.

There is a reason why the community is RaspberryPi crazy. The community support is great, stuff just works and I never feel like I need to be a Linux Guru to perform a simple task.

I will spare you the drama. Pumping extra juice into the USB 3.0 socket with a powered hub turned out to be the only way I can keep a single drive alive. So I ordered USB 3.0 enclosures, new custom cables and shelved the project for 2-3 weeks, as the stuff comes from China.

In the meantime, I thought it would be nice to reuse my NAS-pi enclosure. After all, this supposed to be the NAS drive update! Shit! I’m 800 words into the article and I have not even told you what I’m trying to do!

It took me hours to desolder the port, and clean 9 holes in the PCB from solder and pin’s leftovers. I even made a trip to see my neighbour to borrow a vice, as I ran out of spare hands. Once the new USB 3.0 port has been installed in the correct orientation, I powered the board.

I took the multimeter to check for shorts, none persent. Powered the board again.

I know this doesn’t explain the missing chunk of PCB just yet. But I’m getting there. I tried one more USB port in my power supply to see if the OrangePi 3 is really dead. It was. It was the same supply that feeds my NodeRED.

I no longer can connect to it. There was one more thing I could do to make sure a well masked short circuit is not preventing me from the boot. To cut the cancer out. So I took clippers – confirmed the traces and amputated a piece of board in anger.

Screw this. It’s Sunday I have other things to do. One of them is sending an email to my sponsor titled “I’m sorry, but the dog ate my project” with a picture . I just hope they don’t read the other stuff I post on my page. My significant other is in China. I hope to get another board sooner rather than later.

I have not looked at my NodeRED yet… It Sunday, I have stuff to do…