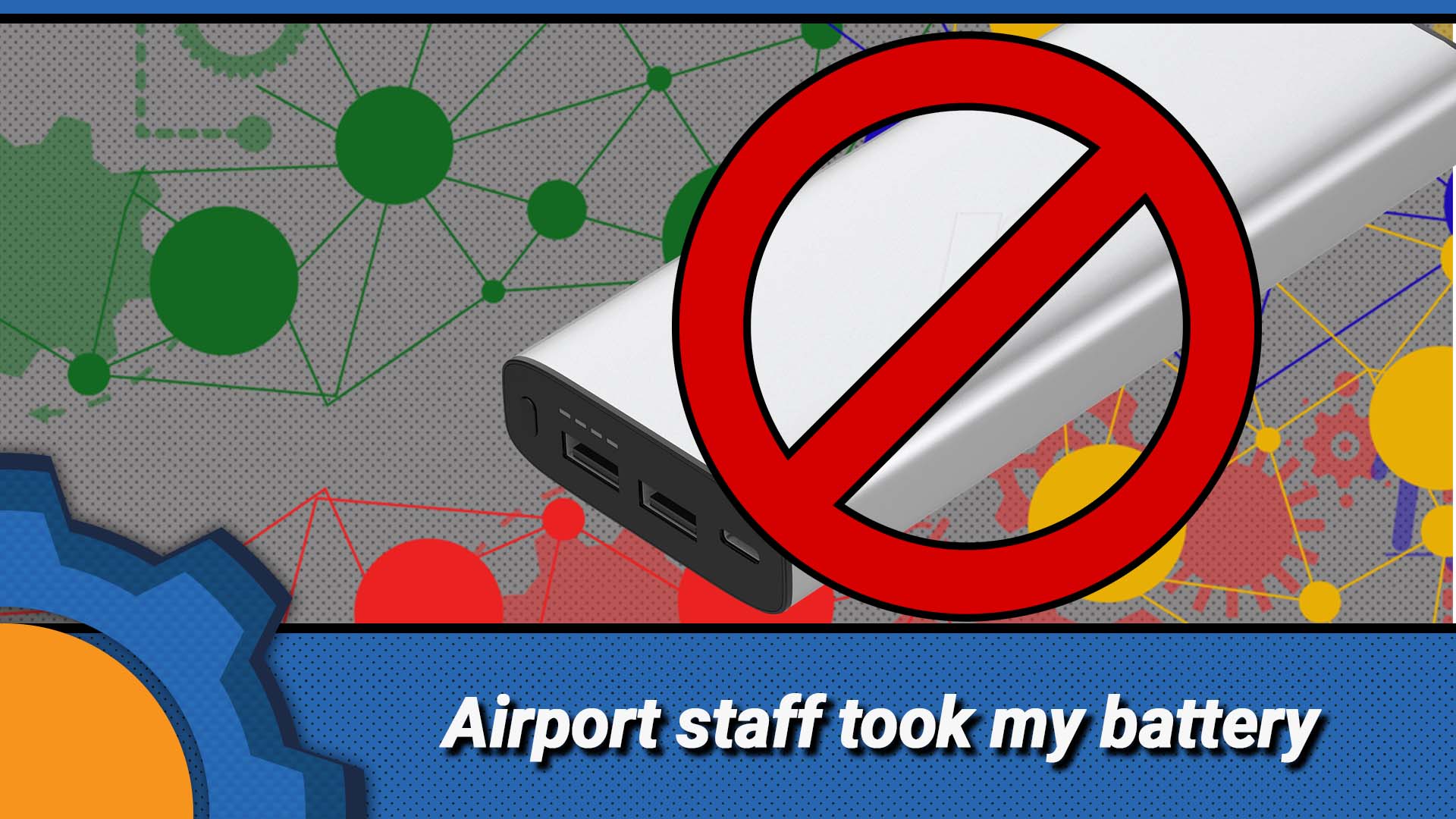 Don't give them a reason to take your battery away!

Apologies for the slightly clickbaity title, but there is an important message here I would like you to read. This happened to my friend at Shanghai Airport, but I can totally see this being the case for other airports too. Don’t let the airport security take your gadgets away.

Faced with “you can board the plane or you can keep your power bank” my friend Owen had to part with his gadget. Fortunately, this was a small, and inexpensive battery, otherwise, the ordeal would be more painful.

The bank was “safe” for travel with 5000mAh capacity (limits are around 20.000-30.000mAh (100Wh) with bigger batteries needing permission), however, the power bank has been taken away by the security control because:

Unfortunately, there was no room to wiggle there, and even though the battery was small to the eye, it was taken away during security screening. If security staff fails to confirm the battery capacity, they have the right to remove the device from your carry on luggage.

It’s hard to argue with staff that has your safety as the primal concern, so the battery has been taken away.

How to prevent it?

Looking after your gadgets is probably the best way. Always check if the battery that you are going to take with you has the capacity visible on its enclosure. You could also consider a carry pouch for the battery bank that will reduce the friction.

I own three battery packs:

All banks display various cosmetic damage. Apart from dodocool, which I take with me everywhere, so far the damage has been minimal as the banks mainly reside in the drawer.

I would discourage you from adding a clear tape to “protect” the print, as I suspect, replcacing tape would make it worse. Perhaps covering the print with an acrylic clear varnish could increase the print’s lifespan.

Lastly, if you looking for a new battery bank, take a look at the print quality. As you can see, the Aukey power bank would be unquestionable victor among the batteries I own.

There is no groundbreaking info here, but some food for your thoughts. When was the last time you checked if the power capacity of your battery pack was clearly displayed? These banks can last a long time as, unlike our phones, they don’t need everyday charging. It makes sense to look after it. Have you had your power bank taken away from you by security before? What brand, age and capacity was it? Let me know in the Reddit thread.