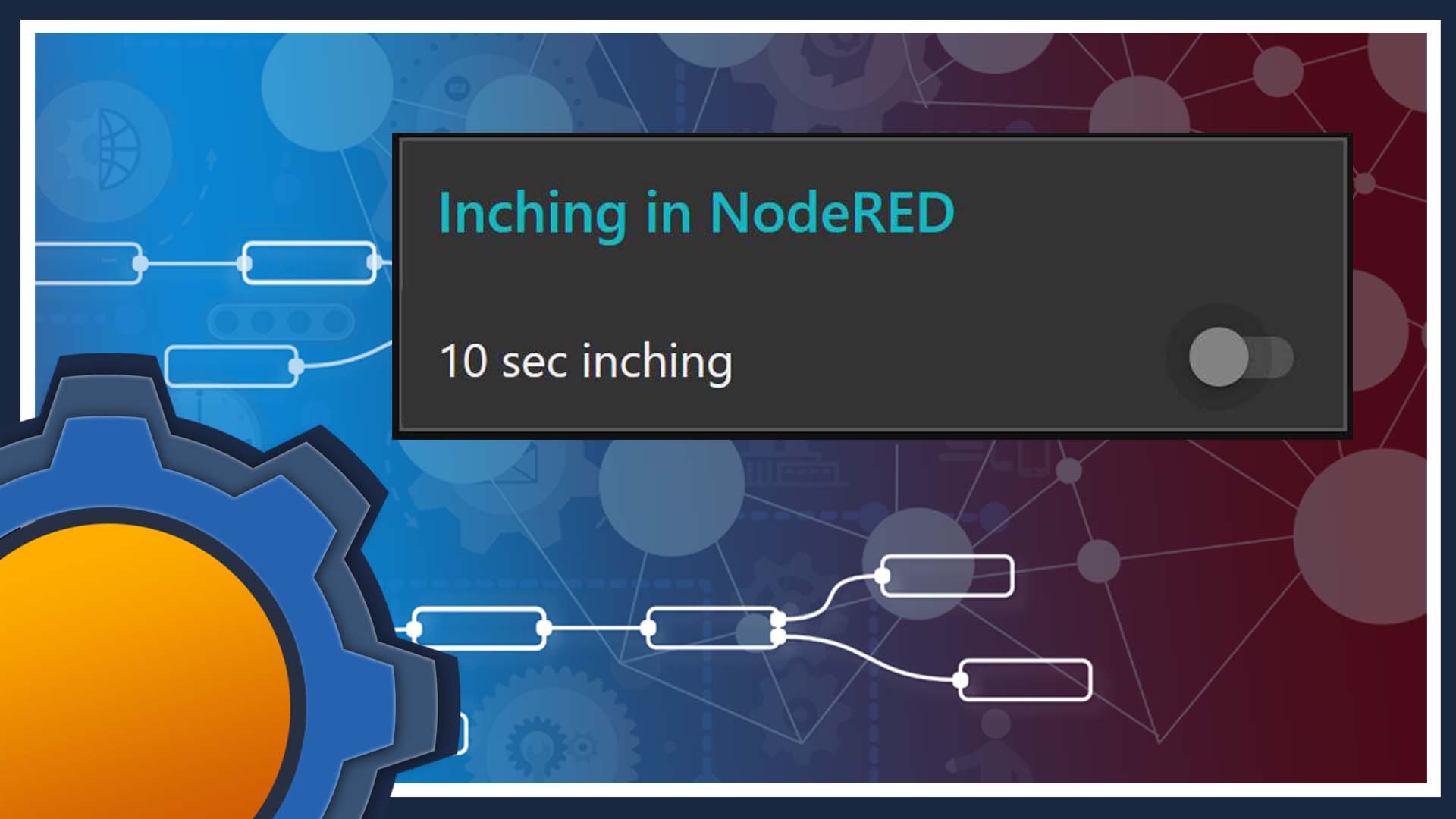 Turn it on, wait, then turn it off again!

Puzzle time! What’s the most practical way of creating “inching” behaviour in NodeRED? If you want to challenge yourself, don’t read further and send me your solution. Requirements:

SPOILER
This is actually harder than it looks! Try it out!

Sonoff devices come with an “inching” option available via eWeLink app or Tasmota. But what if you are itching to add inching to other systems?

I needed a simple flow for inching mechanism. If you don’t know what “inching” means, it’s a fancy term for turning a thing ON and then turning it OFF a couple of seconds/minutes later. You could call it a timer wannabee with a preset timer.

It seemed easy at first until I figured out there is more to “inching” than just delaying a payload for a couple of seconds. Feel free to scroll to the bottom for the grand finale (flow download), or read on to learn something new.

Inching could be implemented in more than one way in NodeRED, but my goal was to use as little nodes as possible – one! This is the behaviour I expect from my flow

To solve this puzzle, I’m going to use asynchronous code in JavaScript. It sounds so sophisticated, but it means that a piece of code is executed outside of the main thread – think of this as a side quest. The result is submitted back to the main thread once the task is done, or the timeout had occurred.

JavaScript has the ability to delay the function by using setTimeout(function, time) – this method takes a function and stalls it for X seconds (time). Once the time is up, the result of the function is available in NodeRED. Timeout on its own won’t save the day, as I need the ability to:

The second statement got me puzzled for some time actually, as I wanted to make sure that only single payload (true|false) would be sent. To achieve this and update the visual state of the dashboard toggle, I had to exercise my brain further.

The key was to differentiate the dashboard user input and the feedback loop that would set the toggle to a correct position without retriggering the switch again. I achieved this by setting a custom topic in the payload that would be sent back to the toggle.

The last piece of this puzzle was a flow variable that stores the information about inching in progress. Each time the toggle is activated, this is checked first, and an appropriate statement is executed.

I mentioned setTimeout(); method to set the inching. This is a convenient way of doing things because I can also cancel the existing timeout with clearTimeout();. Each time toggle sends a payload during the inching timeout, the timeout is either reset or cancelled depending on the payload type.

There is one more node you can use to mimic the same behaviour – Trigger node. You will need to write a separate logic to update the switch, the Trigger node comes with a very useful feature.

You can add more time, instead of resetting it each time. I’m pretty sure I could add the option in my original flow (I might do), but I only got that tip after publishing the article (thank you Nick O’Leary) so for now, my take on it, is different. Please note that this flow won’t send false as your 1st message.

If you are still awake – I congratulate you. You just read about possibly the first (and not the last) asynchronous implementation of the code in NodeRED done by me. Now you can add “inching” to any NodeRED flow. The mandate for Sonoff switches to run it exclusively is over! If you skipped all that to just get the flow – shame on you – but I also totally understand you – I have done that myself way too many times! Feel free to leave me a comment in this Reddit thread.

Mat Zolnierczyk - 13/01/2022
0
What's the best ZigBee temperature sensor money can buy? Let's test all of them and find out
Read more

Is Sonoff Zigbee Dongle Plus finally ready for launch?

Mat Zolnierczyk - 03/01/2022
0
As my DIY Smart Heating expands, I need to address the biggest issue: lack of wall mounted thermostat. Is this ZigBee thermostat one you should get?
Read more

Mat Zolnierczyk - 02/01/2022
0
I very much doubt this will attract a lot of attention, but I made a small NodeRED tool that will help me out in future thermal testing of the boards and enclosures. It gave me an opportunity to work with the dashboard in NodeRED...
Read more