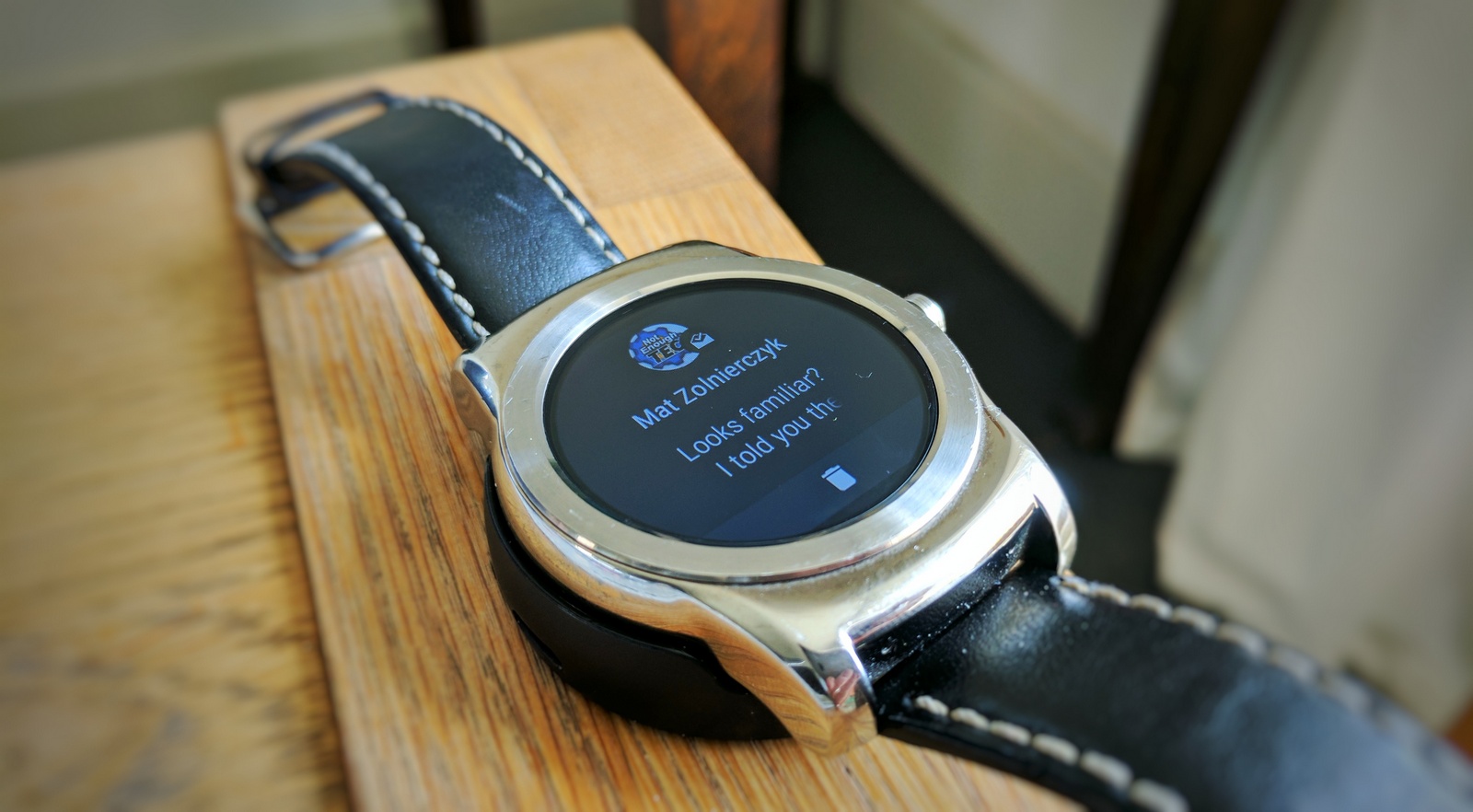 I was getting tired of waiting for the official update to be pushed to my almost two-year-old LG Urbane, so I have side loaded it through ADB. It has been just over a week now and I thought I would share my thoughts on the Android Wear 2.0.

Pushing the update was relatively simple, get the firmware, flash it through the ADB and a few minutes later I was ready to roll.

Changes, changes, changes… I’m a creature of habit. I get used to new things quickly, but it takes some time to unlearn old tricks and muscle memory. The Android Wear 2.0 overhauls a lot. From the user interface to the way notifications are displayed on the watch.

For the majority of the time, the change won’t be visible. Your favorite watch face remains unchanged and all the new features are sleeping hidden underneath it. Things get interesting once you start playing with the system.

Say ‘goodbye’ to OK Google, say ‘Hi!’ to Google assistant. The OK google is disabled by default, which I found to be an odd choice. The assistant is activated via hardware button  (long press) which I found less convenient than speaking to my wrist in a secret agent style. Luckily you can get the trigger word enabled again.

List of installed apps has been redesigned as well. You can see more of them on the screen at once and they flow nicely. Apps can be pinned to the top and the most recent app is kept at the top as in the previous version of the Android Wear. It’s a step in a good direction as it makes the browsing and looking for the correct app much easier. Installing/uninstalling apps is a drag. This is something that should really be handled by the Android Wear app on the mobile. I get that on sim enabled watches having the Play Store increases the functionality but it’s good to have the options.

Android Wear 2.0 changed the way we access apps and menus. If you (like myself) used to old ways, it will confuse the hell out of you. A week with the new OS and I still making the same mistakes. Slide down still brings up the familiar toggles and settings which are presented on a single screen. Awesome! Swiping left brings up face selection menu instead of the apps. A very annoying change. To access the list of apps – you have to press the button once.

I wear my watch loosely wrapped around my wrist, therefore it’s hard for me to tell if the responsiveness of the gestures changed. I was under the impression that sometimes I cannot trigger the wake up with a gesture, purposefully testing it revealed no issues. I do run in an occasional stutter here and there. Not a deal breaker if you are asking me after all my LG Urbane is a generation behind.

Getting used to the new navigation will take few more weeks. I like the fact that the screens contain more information and options now. It’s a move in a good direction. The less time I have to spend swiping the menus the better. Notifications, on the other hand, need some serious work. The new text messages don’t appear on the screen if you miss the initial notification (even if you change the notification options in the menu) which is a big let down.

The battery life does not look affected on my watch and apart from an occasional stutter, I find the Android Wear 2.0 to be acceptably smooth considering it has been added to a 2-year-old device. We know that 2 years in the tech industry is a lot of time. I hope hat future will bring more fixes to the notifications of Android Wear 2.0.