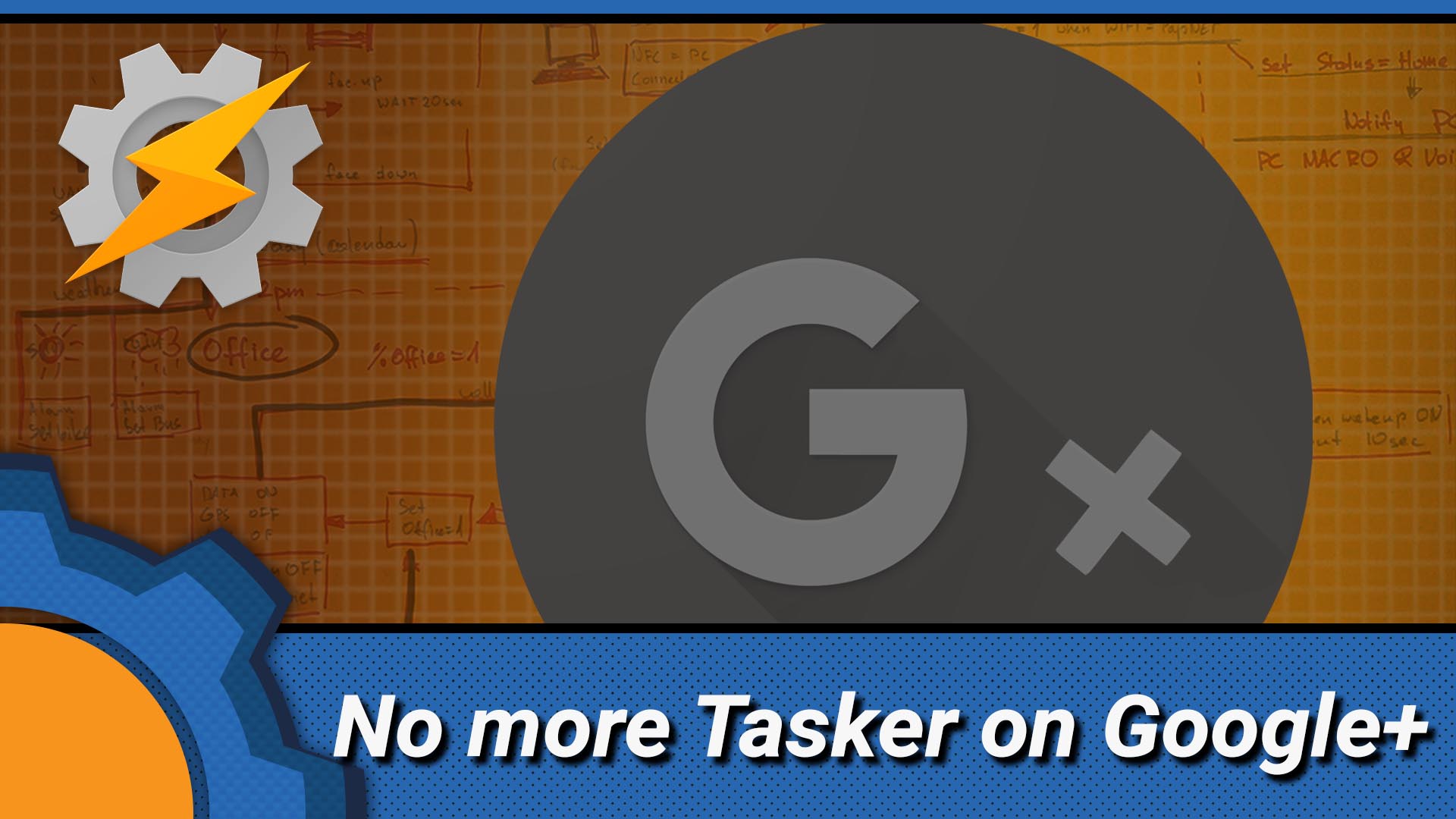 What does Google+ shutdown means to Tasker community

Tasker looking for a new home!

Due to several reasons (low adoption rate being the biggest one) and an unauthorised access to user’s data by 3rd party, Google+ is going to shut down. It will also drag our beloved Tasker Google+ group down. What does Google+ shutdown mean to Tasker community?

The Tasker group is just shy of 17k members and for the most part, it does well at self-moderating. Although I have been an admin for a couple of years now, I hardly had to “moderate” anything serious. The group is full of welcoming members who know how to post relevant content. Well done guys! You are the stars of this community.

With Google+ shutdown, Tasker group will no longer be the place to go. Joao’s Plugin group will meet the same end. We have enough time to start thinking about the alternatives. There are a couple of factors we have to include:

Reddit’s global success makes it a very viable option. Reddit already has a Tasker subreddit moderated by passionate RatchedGuy. Many of you probably searched the reddit resources too. With the recent UI overhaul, posting options got so much better.

In the current form, Reddit would require some changes as threaded conversations won’t be enough on its own. Perhaps an introduction to subreddits could be an option? Another issue is the lack of picture hosting.

Started by Pent as a place to report bugs, Google Groups became a fairly active community. While the layout is terrible, it’s hard to argue ease of use, where you can reply to posts directly from your Gmail account, share pictures and attachments.

The very limited popularity of google groups counts against it as an option. I know the Google Groups fans will swear by it, however, we have to be open to expansion. With low popularity, I also fear that Google will cut the service altogether at some point.

I spoke to Joao about the idea. He is now the Tasker developer so it’s a reasonable idea that the main Tasker forum would be hosted by him. He is not opposed to the idea, but we both agreed that it’s an idea that needs to be thought through.

At the moment the Tasker subsection redirects to Tasker Google Group. There are concerns about the forum bandwidth and branding in general, but AutoApps are known to Tasker community, and many members have accounts with AutoApps Forum already.

I know it might be tempted to suggest Slack, Discord, Telegram and other platforms but these are not visible to the search engines, making the growth of the community very difficult. After all, the community is only as strong as the number of committed members, and these come and go over the time. To sustain active Tasker community, we have to find a platform that is easy to find by people who never heard of Tasker before.

I also write from time to time for Xda-developers. While the website hosts Tasker tutorials and updates, there is no designated Tasker forum. I could check if such forum could be opened for Tasker users since Xda has an invested interest in the topic.

What do you think about the options presented by me? Let me know on my social media and fill the poll below!

Mat Zolnierczyk - 22/07/2021
0
Would you like to know what are the best Arduino boards for home automation? I pick 3 best boards from Arduino line up
Read more

Mat Zolnierczyk - 20/07/2021
0
I'm miles away from finishing the Wahoo Element Roam review, but I already found some imperfections that bother me enough to find workarounds. Wahoo Element series advertises mobile notifications, which are definitely a selling point, but it fails to explain (without reading the small...
Read more

Mat Zolnierczyk - 19/07/2021
0
Working with Tuya Cloud API. A guide to Cloud automation for beginners, get started with REST!
Read more

Is it worth it? Creality UW-01 wash and cure station for resin prints

Mat Zolnierczyk - 07/07/2021
0
Creality UW-01 cuts mess and processing time from your resin post processing. This 2 in 1 cure and wash station is a must have
Read more