A couple of weeks ago, I got my hands on a UPS for a Raspberry Pi. I don’t think I ever appreciated the UPS until I started to run my own automation server. Running a custom automation server means that the server isn’t completely useless when the power supply is down. Granted, WiFi won’t be available, but your Zigbee stuff should be alright. Let’s talk UPS Pro for Raspberry Pi form 52pi.

If your Raspberry Pi isn’t protected from a power loss, you are risking data loss, file corruption, SD card failure, and the obvious effects like – the stuff is not going to work. Fortunately, as soon as the power is restored the Raspberry Pi board will reboot itself. I talked about power HATs from 52pi before. And the company offers an array of HATs for your Raspberry Pi: 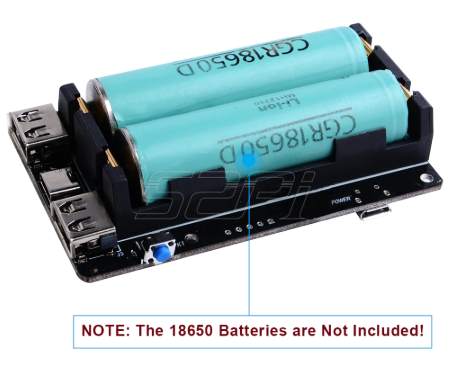 I actually spoke to PR at 52pi and they confirmed that a new UPS Pro HAT for Raspberry Pi 4 is being considered as well. Until then, let’s take a look at the existing functions of the UPS Pro HAT from 52pi:

The HAT delays the unsafe shutdown problem rather than delays it. I will play with the board a little bit to come up with a system that would shut down Raspberry Pi safely when the power is low, but this will be a subject of another write-up.

The UPS Pro HAT from 52pi can be a nice extension to your project. The extra USB ports can be used to power up SSD drives or recharge other devices and the design of the HAT keeps all the GPIO pins available for other projects.

I’d like to see cases that would actually accommodate this design as having an extra bit of juice could be the difference between collecting your data and losing it.

I’d be really tempted to fix the issue with battery reporting so I could get the notification when the UPS is active, receive the updates on battery levels, and be able to safely shut down the Raspberry Pi when the batteries are low. I had good luck with modding the 52pi’s Cooling tower, perhaps I will have the same luck with this HAT too. Let me know what do you think about this HAT in this Reddit thread.

April 1, 2020
Sonoff line up will soon include Sonoff Zigbee Bridge and more Zigbee sensors - here is the first look

Xiaomi Quick Charge 3.0 charger comes with USB-C and 6 ports to keep your devices topped up - fast.